The 21st Yusaku Kamekura Design Award was bestowed on Yoshiaki Irobe for his CI (corporate identity) planning for the Osaka Metro transportation network. Mr. Irobe initially joined Nippon Design Center, Inc. (NDC), where he worked in the Hara Design Institute. He went freelance in 2011, establishing the Irobe Design Institute. With graphic design at the core, Mr. Irobe undertakes design work across a broad spectrum including two- and three-dimensional graphics and spatial design. He has created the branding and signage planning for art museums and public facilities such as Kawamura Memorial DIC Museum of Art, Ichihara Lakeside Museum, National Parks of Japan, and the Sukagawa Civic Center “tette.” He has also undertaken package design for the “naturaglacé” and “Liquitex” product lineups, and layout design for the Takeo Paper Show 2011 (“Books”) and the “Markers and Arrows of Toyama Prefectural Museum of Art & Design” exhibition. Mr. Irobe has engaged in numerous projects exploring the connecting points between society and design, always considering what is necessary and then determining his conditions of usage and background in forming his delightfully impressive designs.

Mr. Irobe’s prize-winning work is his CI planning for Osaka Metro, the subway transportation system of Osaka that underwent privatization in 2018. The winning plan centers on a dynamic spiral-inspired symbol comprised of an “M,” from “Metro,” containing an “O,” for Osaka. It expresses the robust energy of the city of Osaka combined with the metro system’s continuously running vitality. One judge praised Mr. Irobe’s work for its excellence as a civic contribution amidst numerous works created strictly for the private sector. Another judge, citing the work’s bold design, said it was an appropriate winner of the Yusaku Kamekura Design Award.

This solo exhibition is held to commemorate Mr. Irobe’s winning of this highly coveted award. 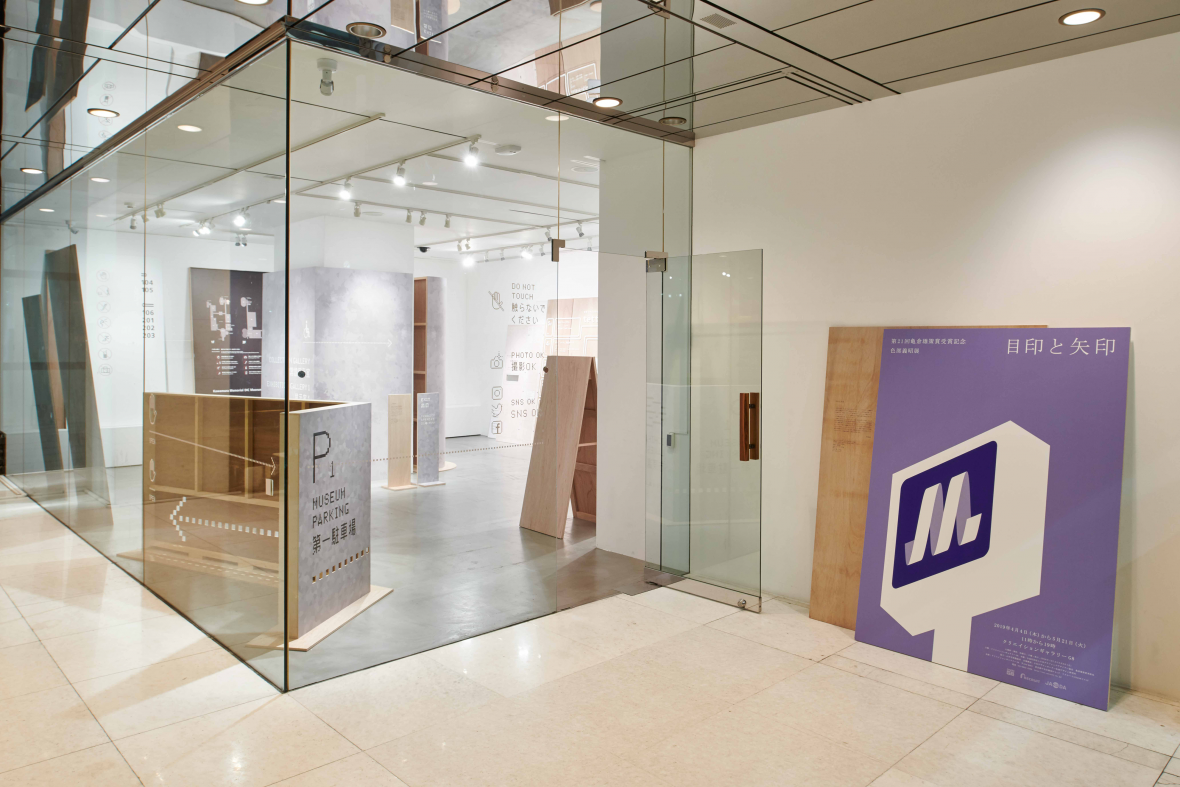 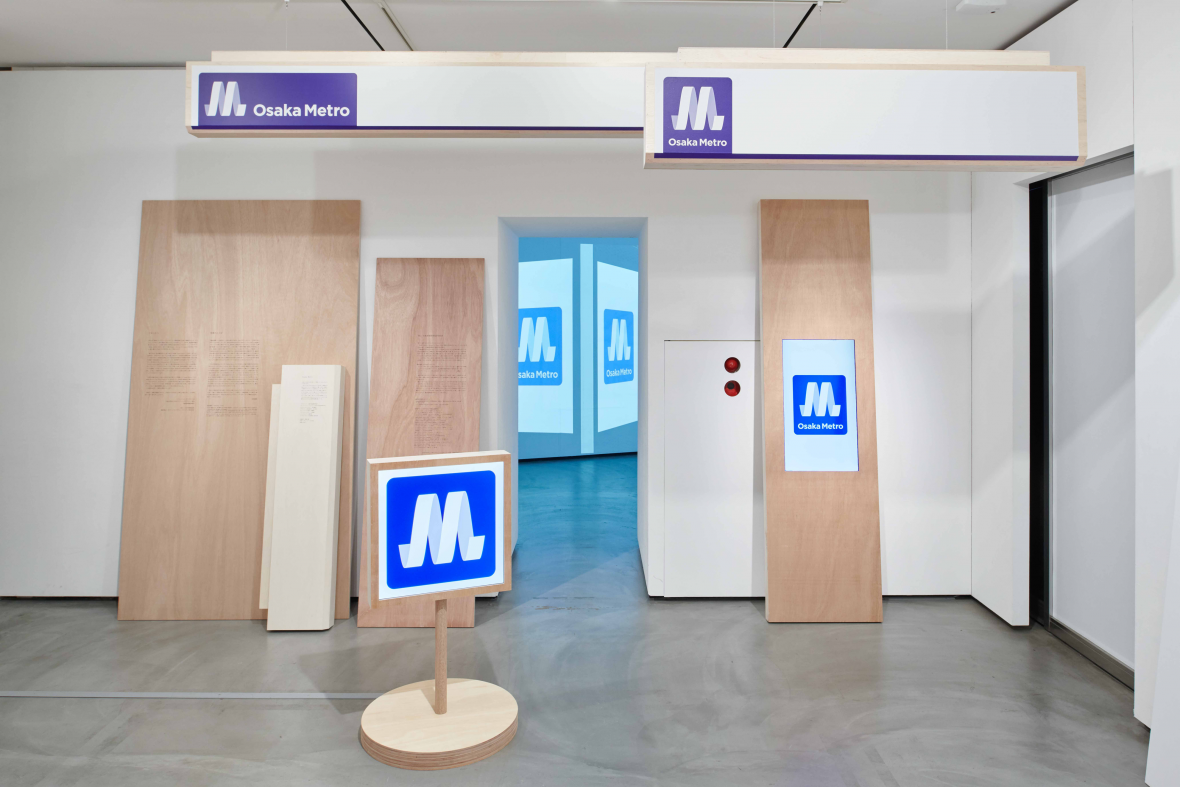 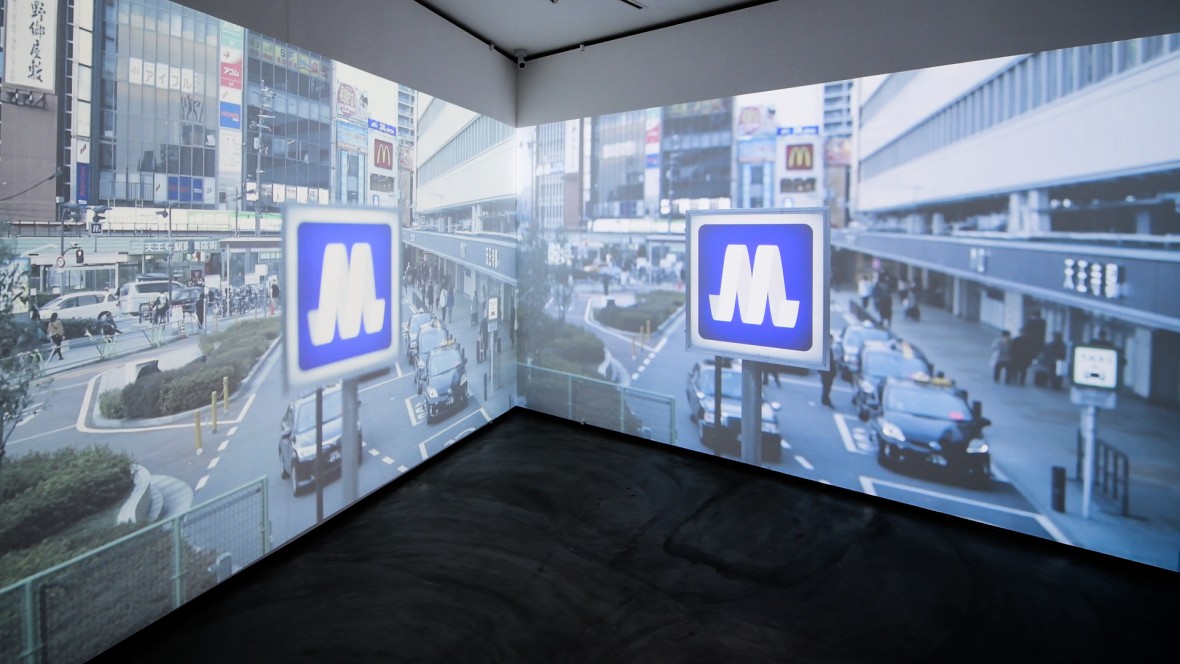 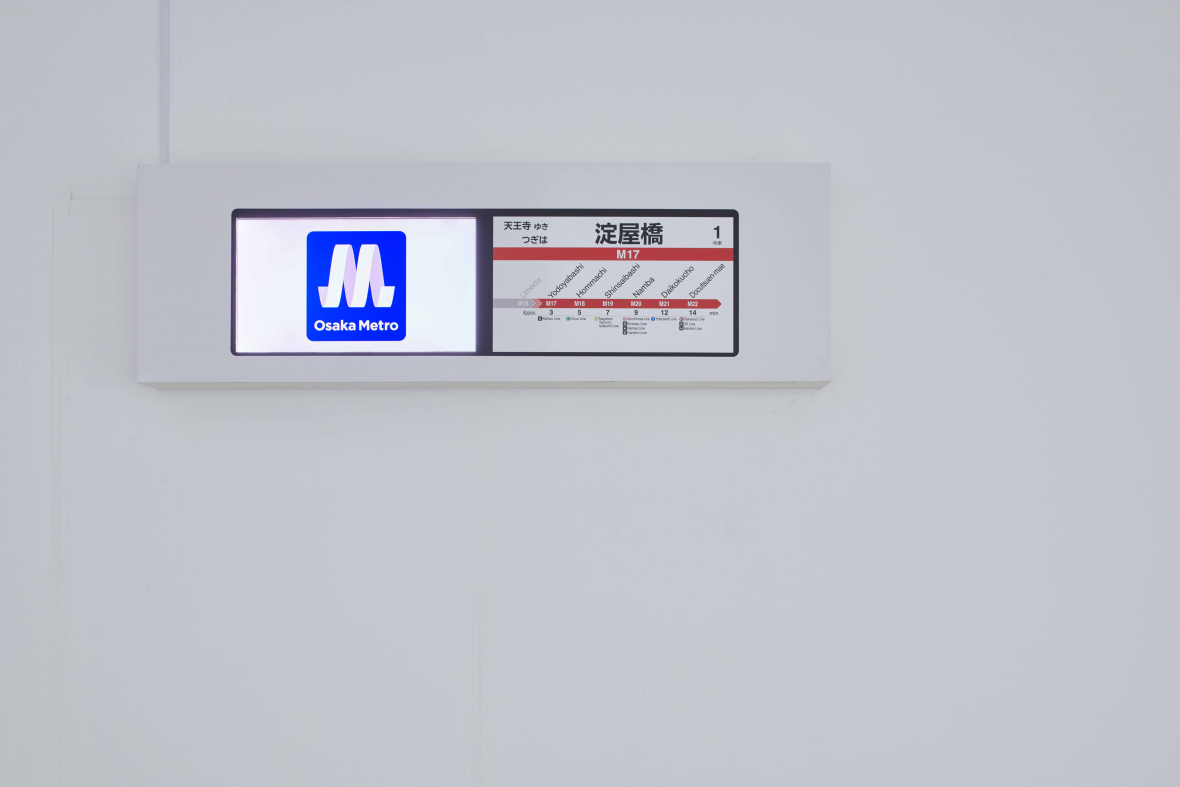 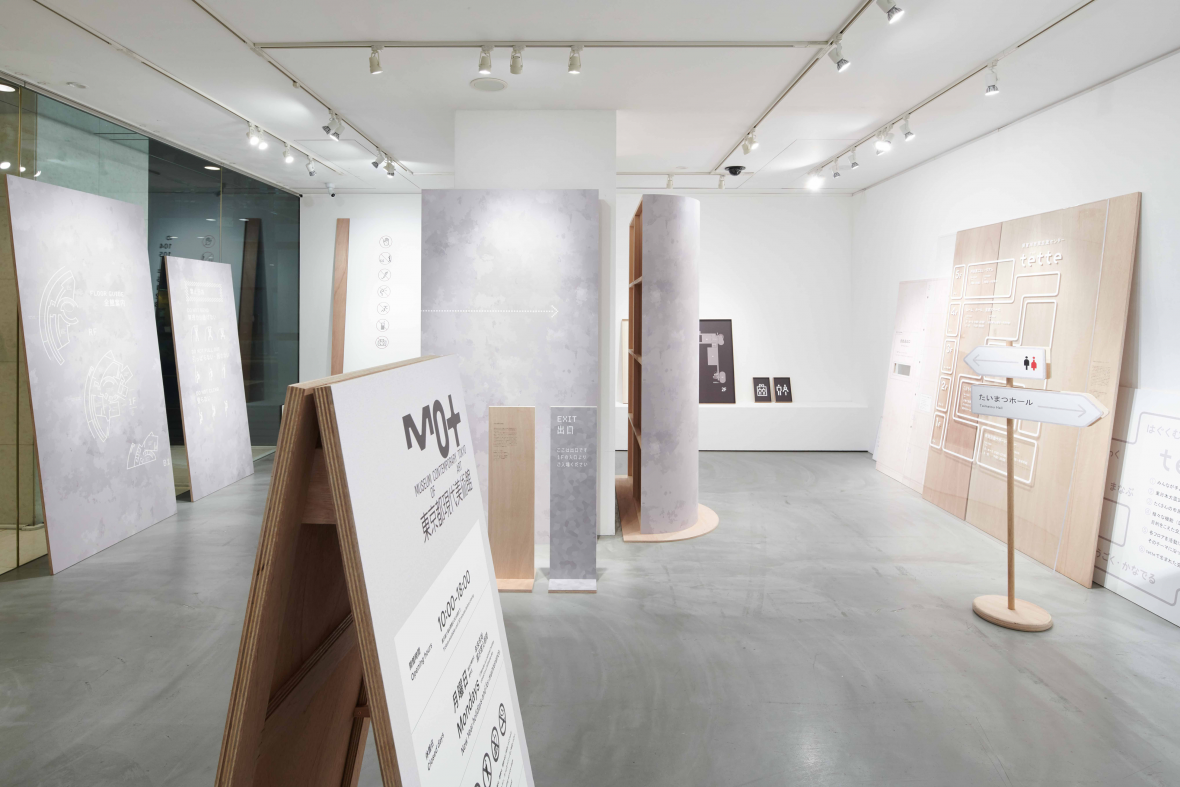 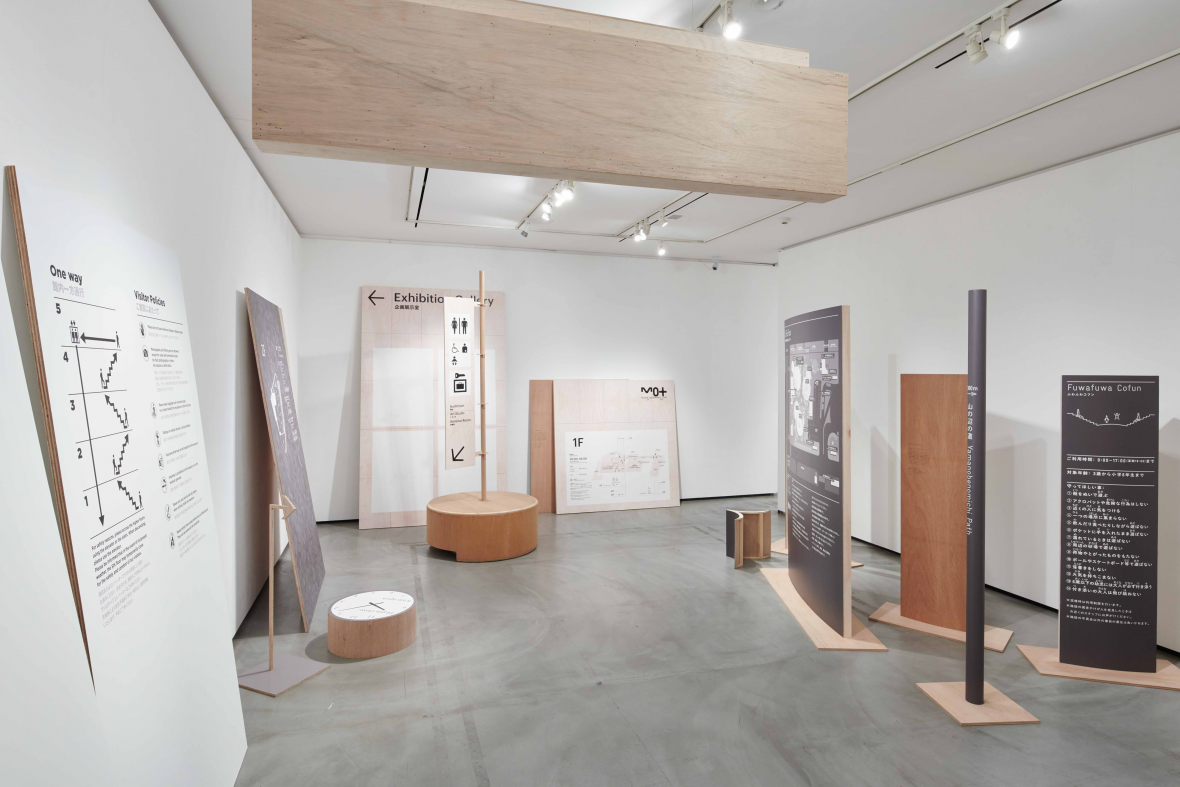 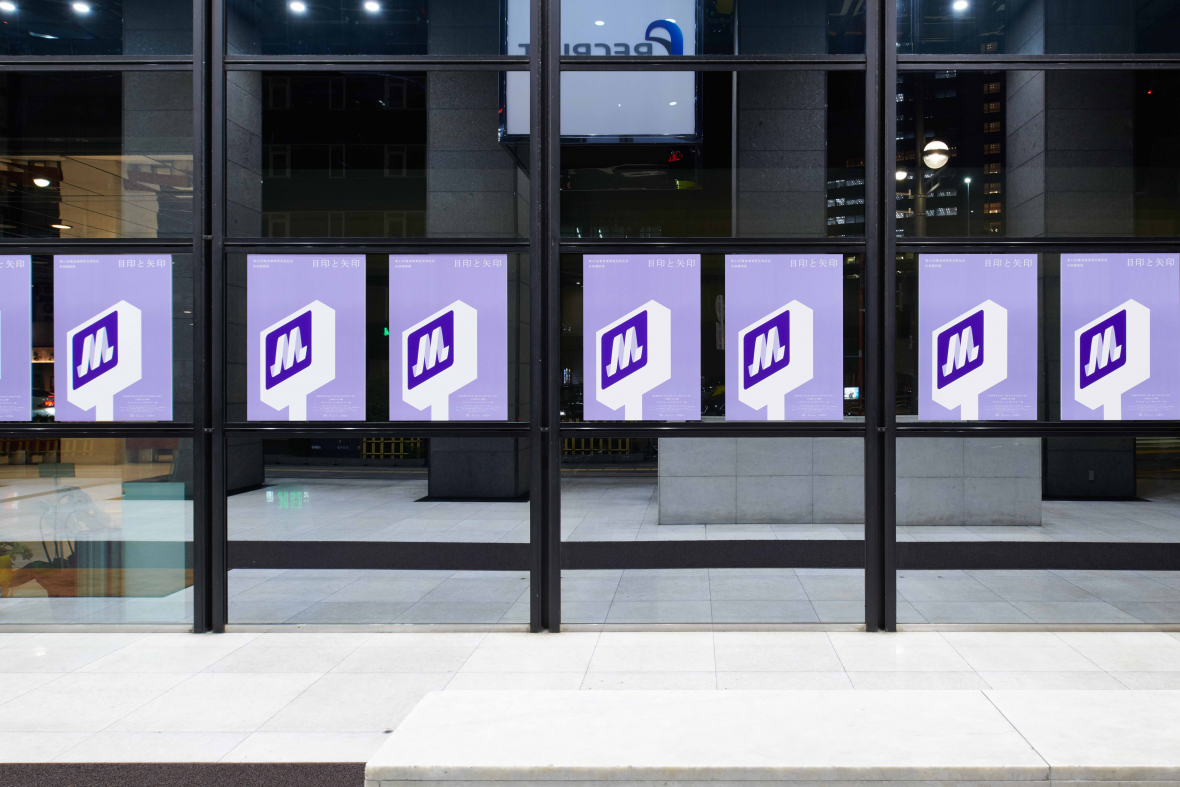 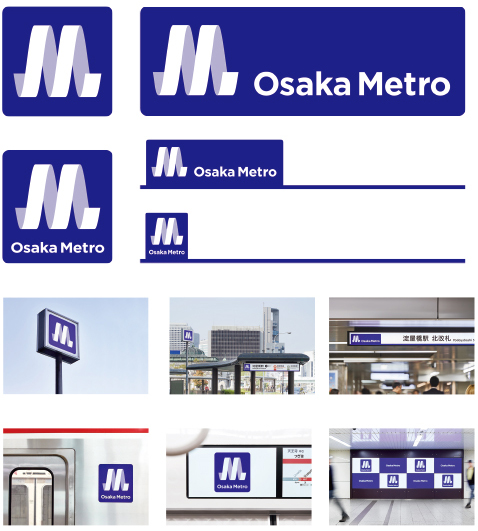 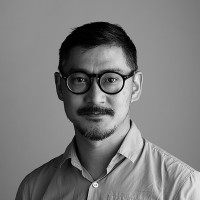 Yoshiaki Irobe was born in Chiba Prefecture in 1974. He completed the Master’s program at Tokyo University of the Arts (Tokyo Geidai). He is a Director on the board of Nippon Design Center, Inc., where he presides over the Irobe Design Institute, and also a part-time lecturer at Tokyo University of the Arts. With graphic design at the core, he engages in diverse areas including two- and three-dimensional graphics, spatial design and video. His major works in recent years include branding for the Ichihara Lakeside Museum, National Parks of Japan, and the Sukagawa Civic Center “tette”; signage planning for the Tenri Station Plaza “CoFuFun”; and package design for “Liquitex” and “naturaglacé.” Mr. Irobe has won numerous design awards both in Japan and abroad, including a Good Design Award, awards from the Japan Sign Design Association (SDA), Japan Graphic Designers Association (JAGDA), and Tokyo Art Directors Club (ADC), plus Design and Art Direction (D&AD) and One Show Design awards. He is a member of the Alliance Graphique Internationale (AGI), Tokyo ADC and JAGDA. 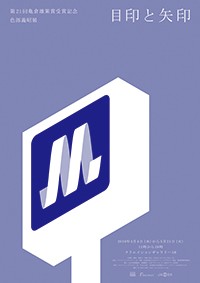 Message from the Award Winner
From time to time I have a unilateral connection with “Yusaku Kamekura.” When I was in charge of the design of the publication celebrating the first 50 years of the Nippon Design Center, I had the opportunity to hear anecdotes about Kamekura, one of the NDC’s founding members, from people familiar with the events of those early days. Then several years ago, I had occasion to discuss Kamekura in a special feature on graphic design for the magazine Pen. In preparation I reread his book Ririku chakuriku (“Takeoff and Landing”) and got an appreciation of Kamekura not only as a designer who left a legacy of numerous masterpieces but also as a man of action. Most recently, in the course of my activities on JAGDA’s publicity committee, I was moved seeing various impassioned writings by Kamekura to attract members to join the newly founded JAGDA. Through these encounters, I was left with a strong impression of Kamekura’s passionate stance, the way he continuously and consistently acted to win social recognition of the profession of graphic designer, and I came to hope that someday I too could become a designer capable of carrying on his ideas, even a little.

The CI plan of “Osaka Metro,” the work for which I have won this award, called for the creation of a sign and symbol to serve as infrastructure supporting Osaka, a huge international city, so the design’s function had to be clear even to people visiting the city for the first time. At the same time, imagining the sheer number of places where this sign would appear throughout the metropolis, I believed it also had to have an element of environmental design forming part of the urban landscape. Ultimately, my idea derived from my desire to respond to these needs with a special form achievable only with the theme of “Osaka’s Metro”: a three-dimensional “M” logo which, by changing the angle, becomes Osaka’s “O.” In these times when much has to be explained when creating a public design, I created a motion logo, for display on screens inside trains and train stations, also attempting to let the design speak visually for itself, eliminating words to the maximum extent possible. While I’m not entirely sure whether I was successful, from the information available the CI design seems generally to have been accepted favorably.

This was a project in which I felt great contact with society plus solid response to my efforts, and now, on top of that, to my immense pleasure I have received this award. Taking to heart the joy of this new encounter with “Yusaku Kamekura,” my hope now is to continue, in my own way, my pursuit of the profession of graphic designer.