Tatsuya Ariyama graduated from Tokyo University of the Arts, initially worked at Nakagaki Design Office, and established Ariyama Design Store in 1993. During his long career he has engaged primarily in editorial design spanning various genres, including literature, cookbooks, photobooks, manga, and especially publicity magazines. The last category includes ku:nel, for which he served as art director for its first 76 issues (2002-2015), and a number of publications which he remains involved with today: Ueru, published by Tokyo University of the Arts; Za-Koenji Public Theatre’s free newspaper; and Kumo no ue, a publication of Kitakyushu City.

Every design Ariyama produces manifests a refreshing sense of space and good taste. As art director he talks at length with his collaborators—editors, writers, photographers, illustrators—always bringing out their strengths to maximum effect. His designs also have an inimitable uncramped appearance.

His design work aside, Ariyama lives a life deeply involved with music. He has a record collection running into the thousands, as well as vintage audio systems. For this, his very first solo exhibition in Tokyo, Ariyama chose “sound” as his theme.

Earlier, Ariyama performed editorial design for Stylus & Groove, a photobook by photographer Keigo Saito (Hon No Zasshisha) in which a close-up lens was used to capture the record stylus and grooves that produce audio sound. Ariyama says that through his involvement in that work he began to think that perhaps “sound” has “shape.”

For this exhibition, Ariyama, working in collaboration with Saito, will present visual expressions elevating the realm of Stylus & Groove to an even higher plane. Also, after holding discussions with a cutting engineer who produces the sounds records make and several people who manufacture audio equipment, Ariyama will make sound “visible.” Using photography, the written word and iconography he will express and configure the world of “sound”—something that is difficult to capture with the eye but nevertheless clearly exists in space. Visitors will surely enjoy discovering what the “sounds” made visible by Ariyama will look like. 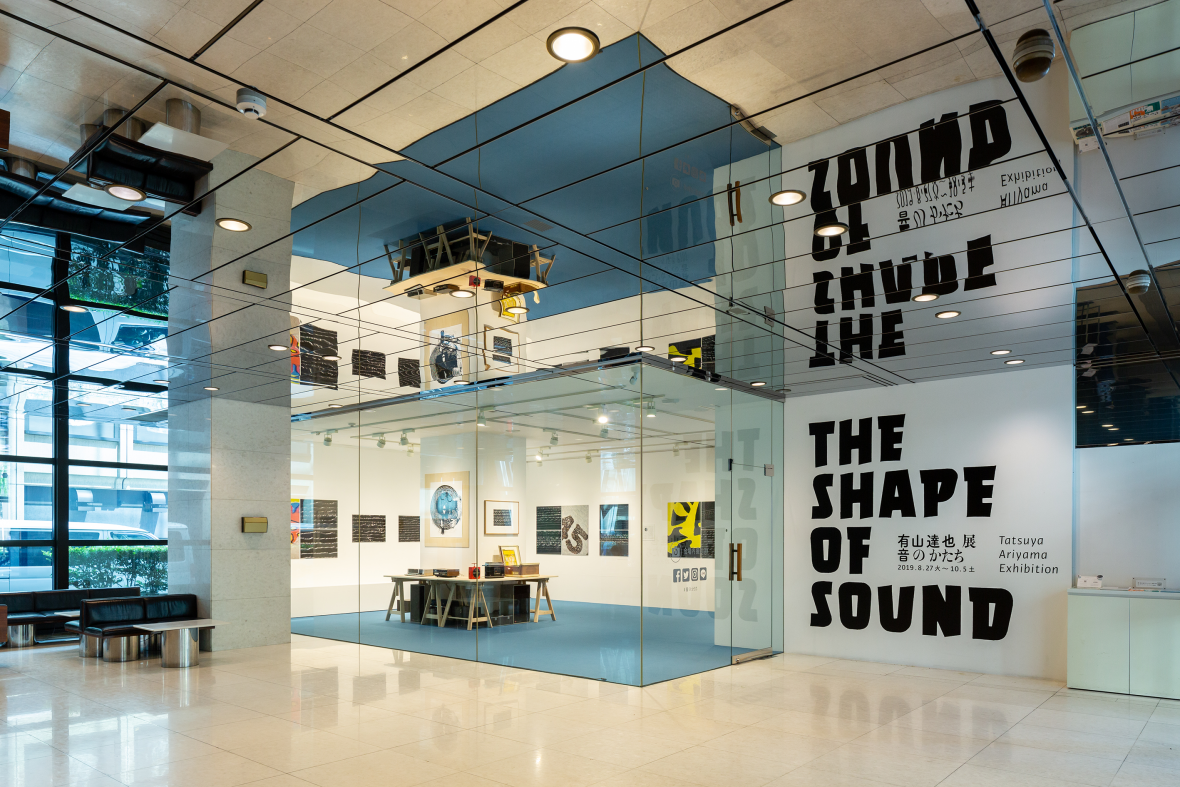 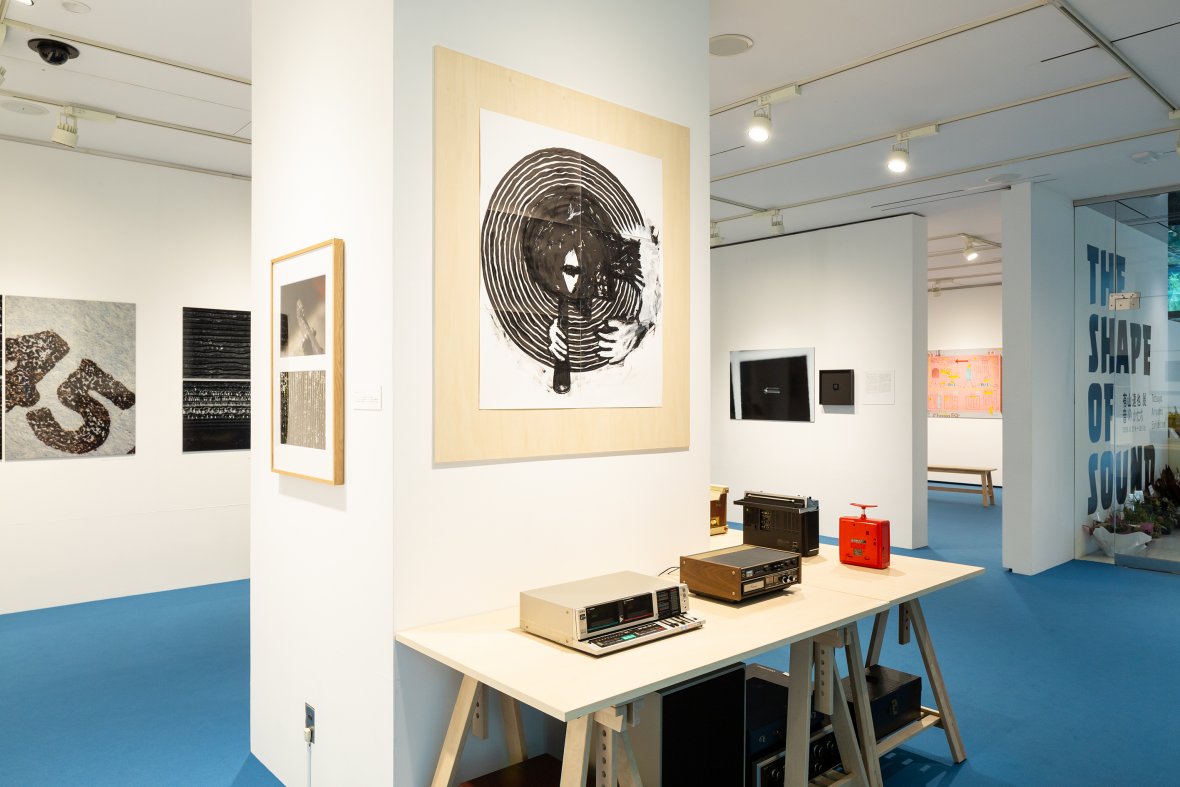 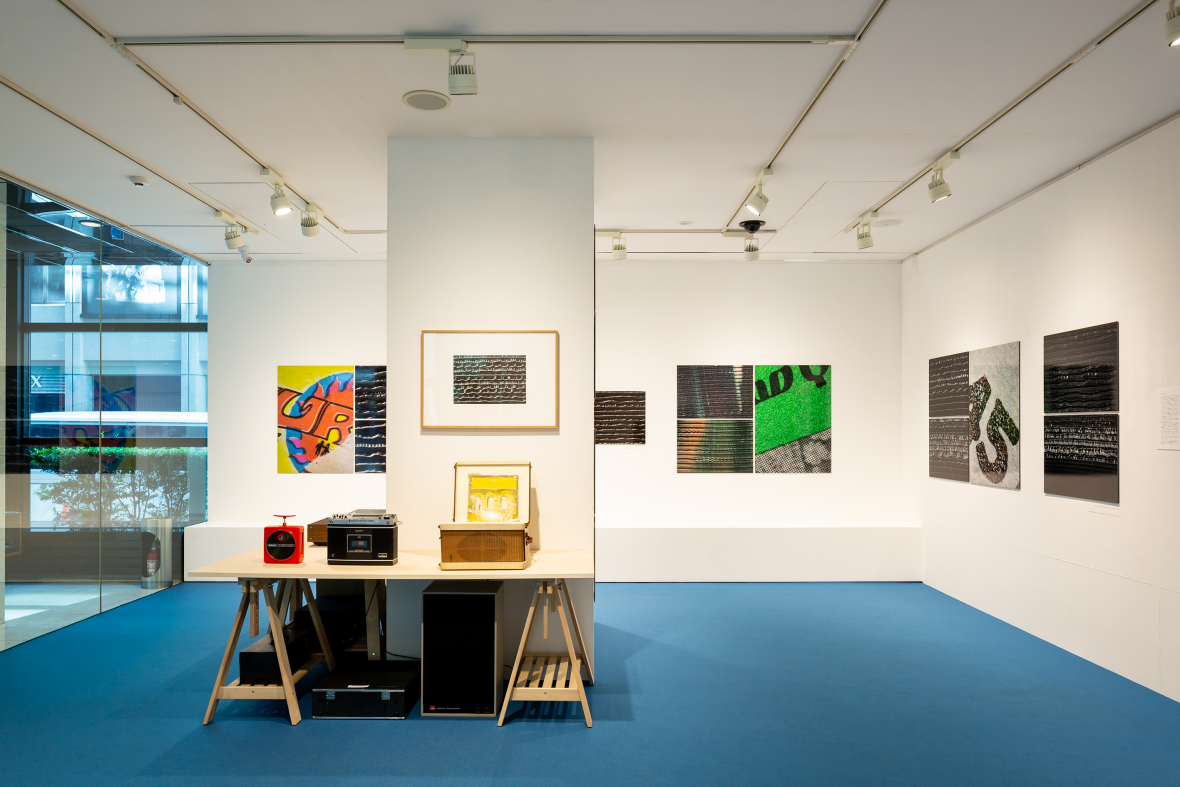 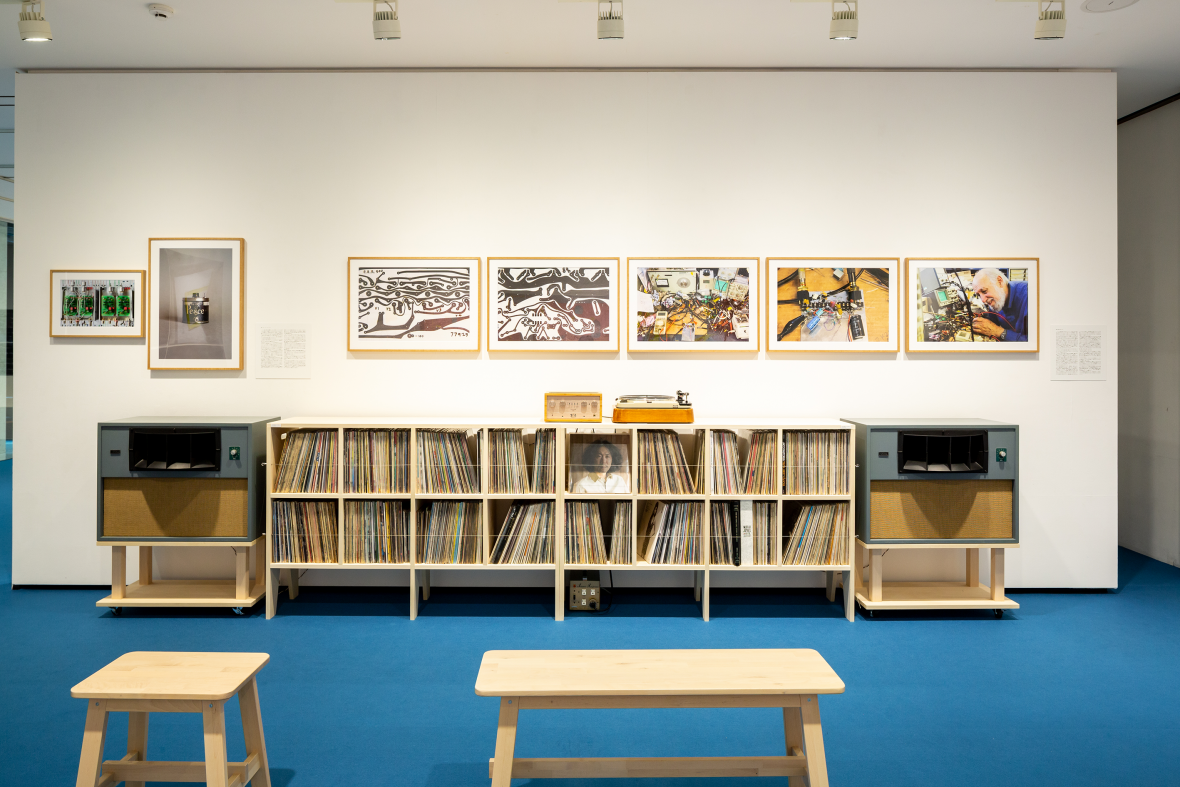 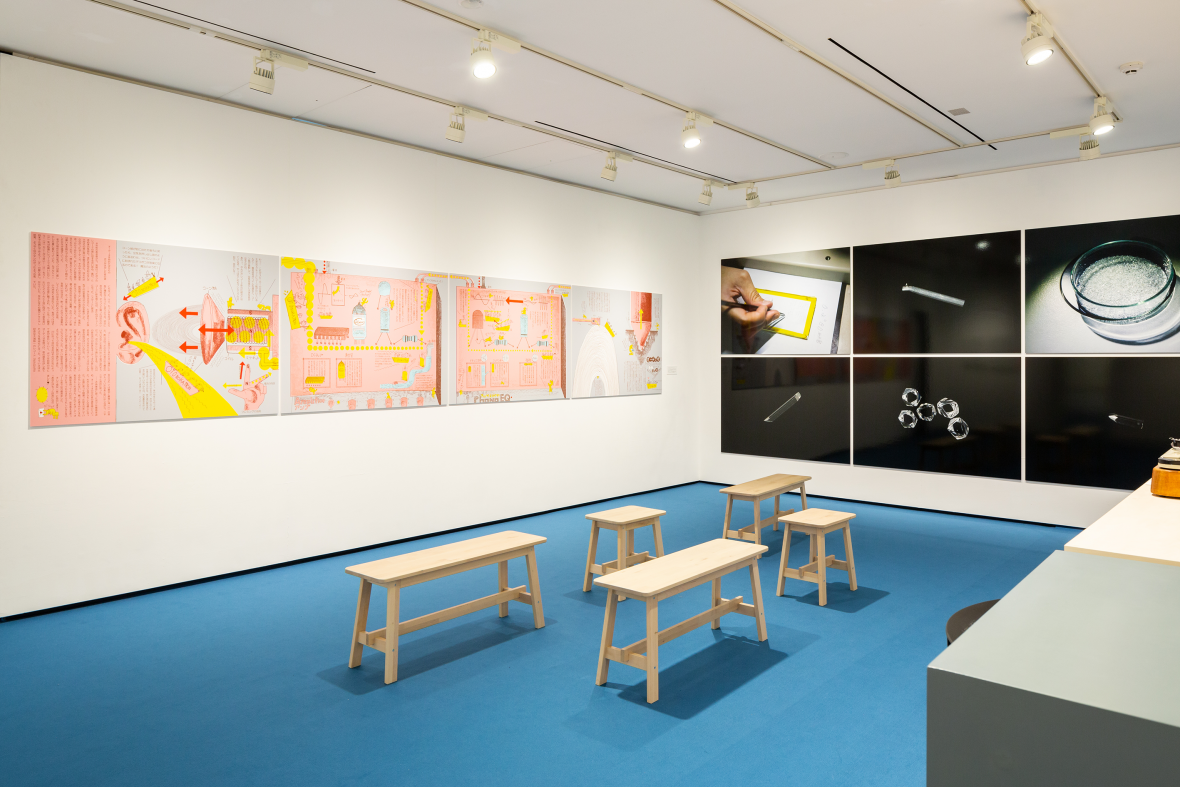 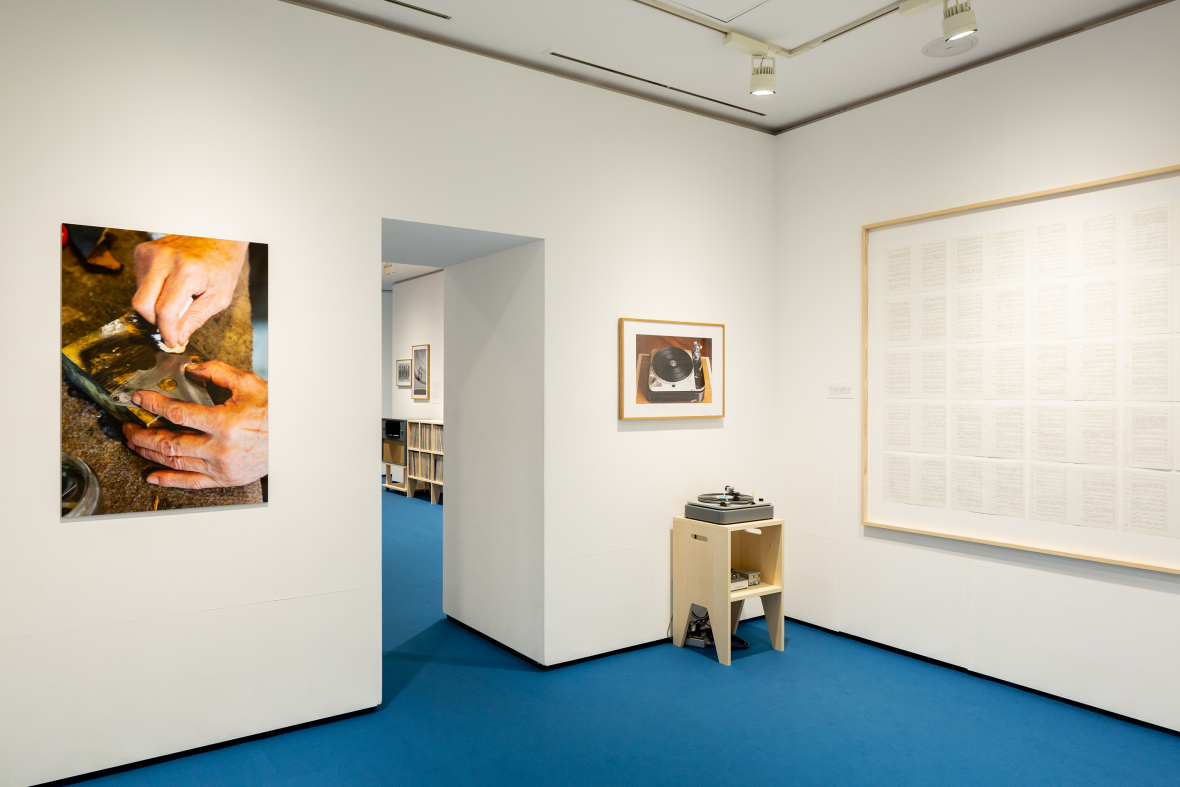 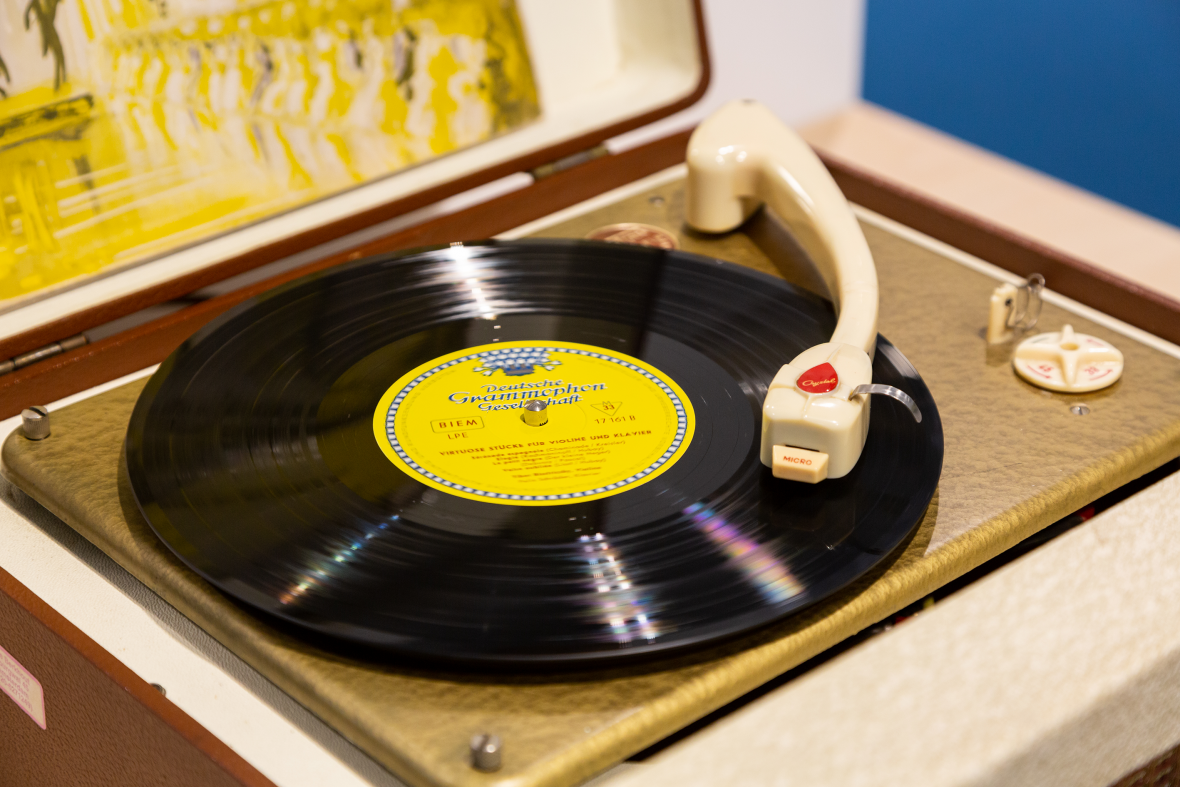 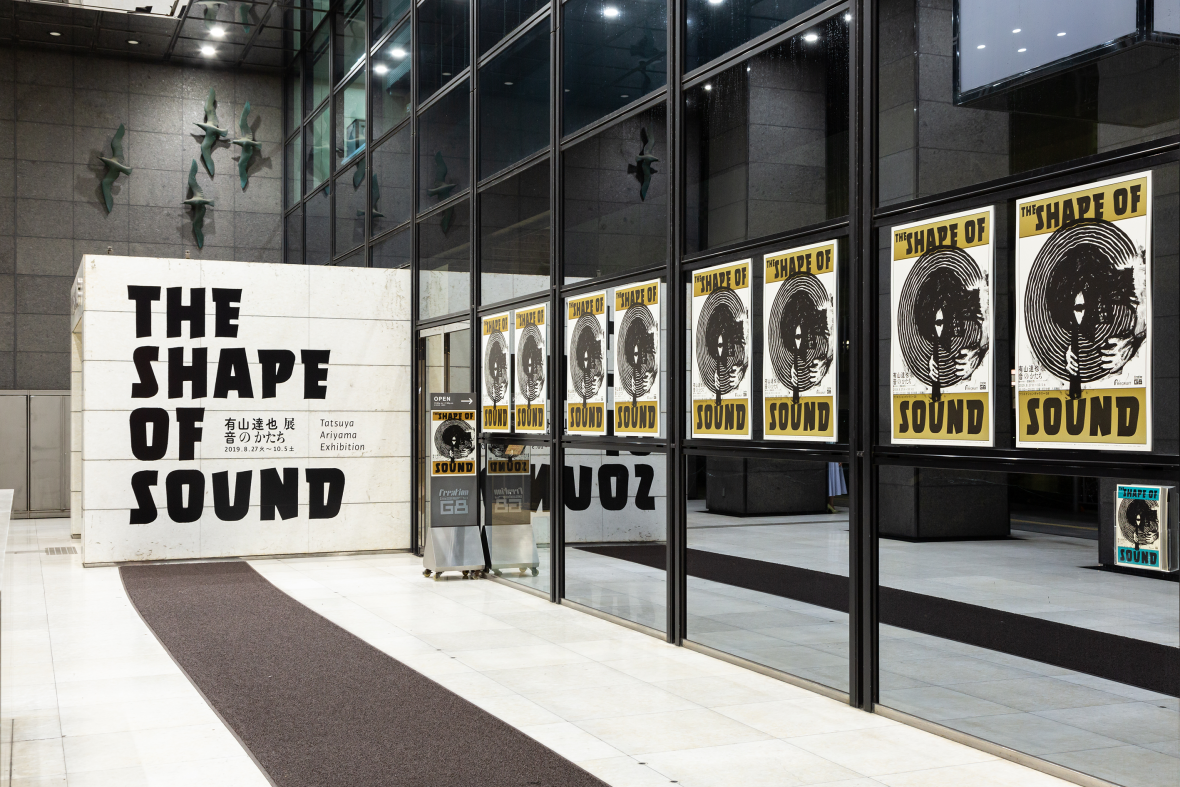 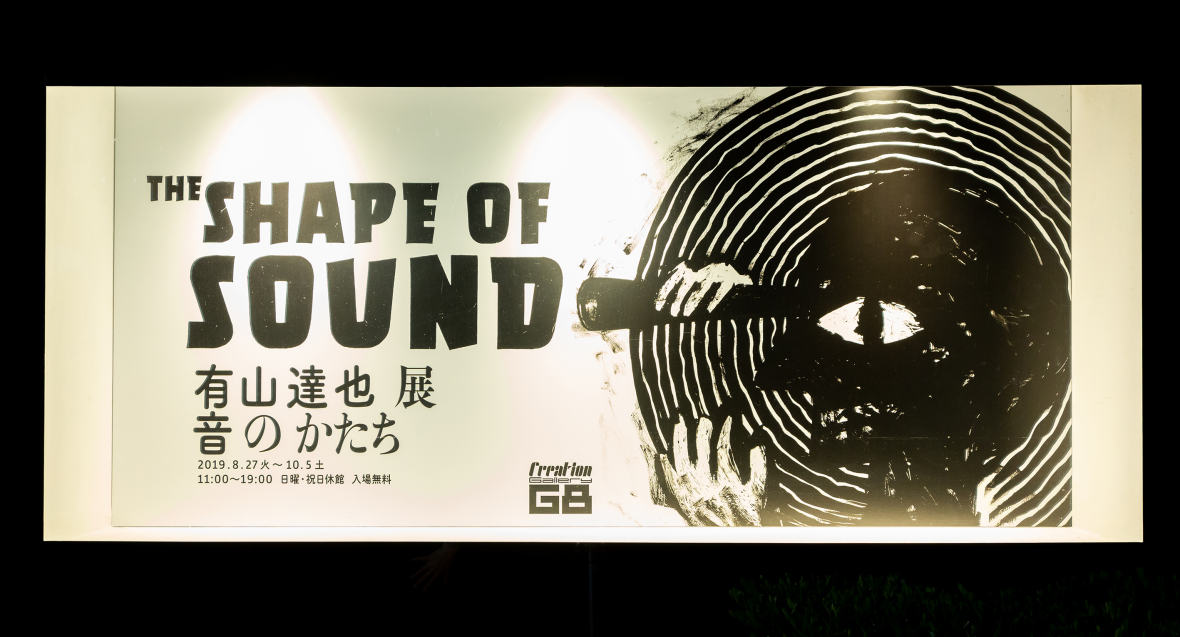 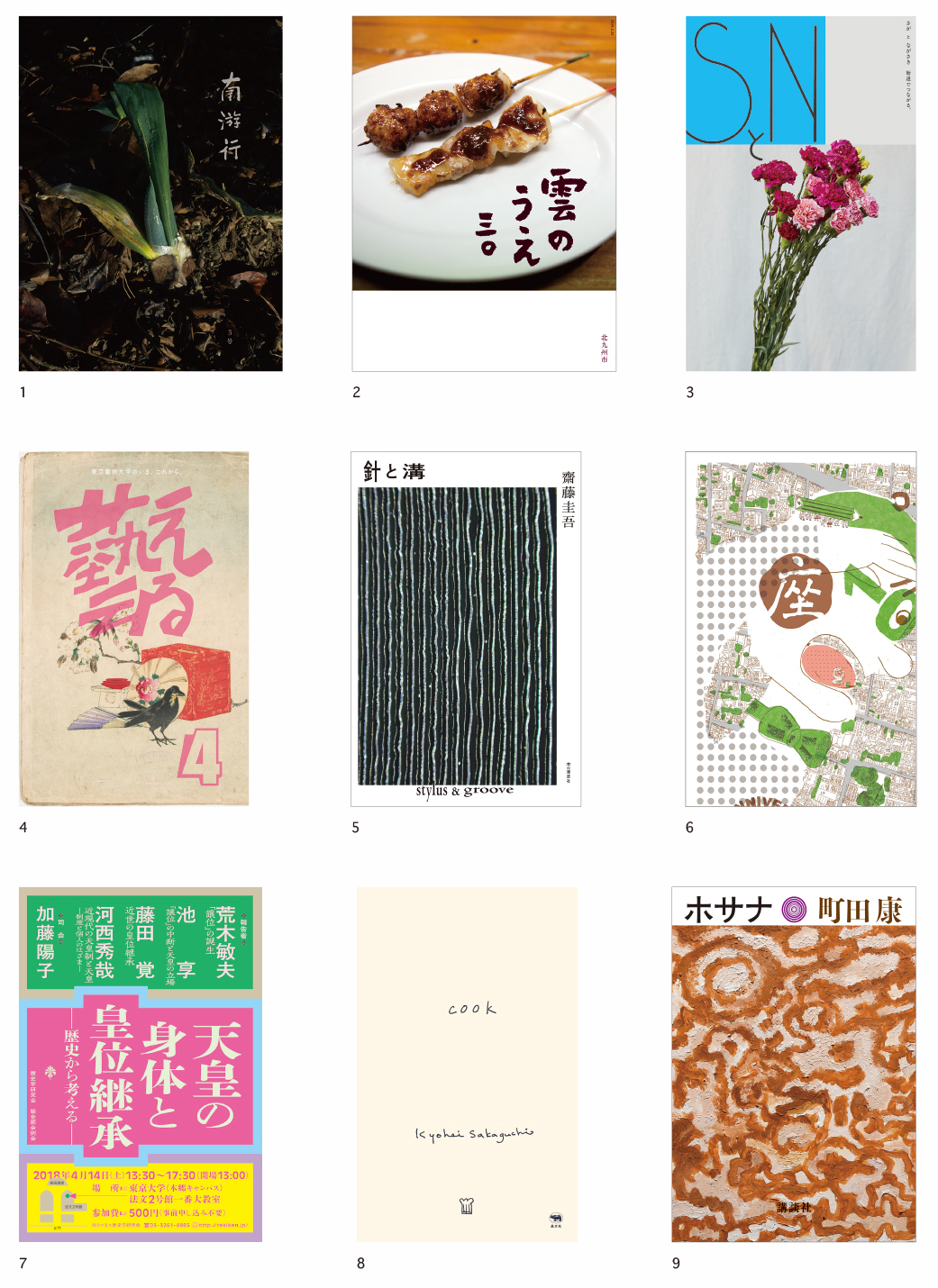 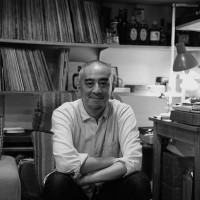 Tatsuya Ariyama was born in Saitama Prefecture in 1966. He worked for three years at Nakagaki Design Office before establishing Ariyama Design Store in 1993. Ariyama works in design and art direction, with a focus on editorial design. In 2004 he received the 35th Kodansha Publishing Culture Award in Book Design. Ariyama teaches at MeMe Design School and part-time at Tokyo University of the Arts.

Sound (music) is produced when air vibrates, entering the ear, where it is converted to signals that are transmitted to the brain. These set off various responses: some pleasant, some grating, some soothing, some noisy. Just as when we eat something, we find it tasty or not so tasty, perhaps sounds too contain things corresponding to inosinic acid or glutamic acid that make them pleasant or unpleasant to the ear.

I’ve come to think this way partly after having worked on the book Stylus & Groove with Keigo Saito. And I aspired to explore the matter further. I bought my first LP record when I was in high school and continue to buy them today, but how on earth is it possible to pack sound into a record? The question kept popping up in the mind. How, the moment the stylus traces the record groove, can the sounds of a cymbal and a bass come out together? No matter how much I think about it, with this meager mind of mine I haven’t got a clue. When the needle traces the groove, it generates fine signals that become intensified in the amp, the speaker then sets up vibrations in the air that reach our ears as sounds—some pleasing, others not.

Maybe, if we enlarge the record grooves and stylus, the shape of sounds will become visible. Maybe, if we ask the people who etch sound into records, they might be able to describe the sounds in words. Or if we speak to the people who make amplifiers, maybe it will be possible to give shape to signals.

What I aspire to do is probe how sound (music) is shaped. 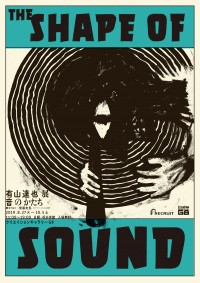 Related Events
During the exhibition’s run, a workshop and other related events will be held. Details (date, guest[s], etc.) will be posted on the gallery website as soon as decided.
Free admission. Reservations required (through the gallery website).

Publication
A book related to the exhibition will be published by Little More. Price and other details will be notified at the exhibition and through the gallery website as soon as decided.