Yosuke Kawamura—A Legend in his Time

Yosuke Kawamura appeared on the scene at a time when superrealism, a trend that emerged in the late 1960s, held sway in the world of illustration. Kawamura became a leading force in the alternative movement known as “hetauma” (so bad that it’s good), which came to exert a powerful influence on the history of illustrative art, and he attracted widespread attention with his abundant output of works. He has been especially active in the realm of music, where his contributions have ranged from cover illustrations for Music Magazine (previously titled New Music Magazine) to art direction and illustration for Bad News magazine, to contributing heavily to the spread in popularity of salsa music in Japan. Meanwhile Kawamura has also created a wealth of highly memorable works in the field of advertising, for clients including the Japan Racing Association (JRA) and Nikka Whisky.

This exhibition brings together roughly 300 works from Yosuke Kawamura’s vast output, including works created for magazines, advertising and exhibitions. Also on display, for the very first time, are Kawamura’s notebooks of drawings from his youth, the earliest evidence of his creative talents; his works created as a member of “100% Studio,” a collaborative team he founded in 1970 together with Nobuhiko Yabuki and Teruhiko Yumura; and recent works never shown before. 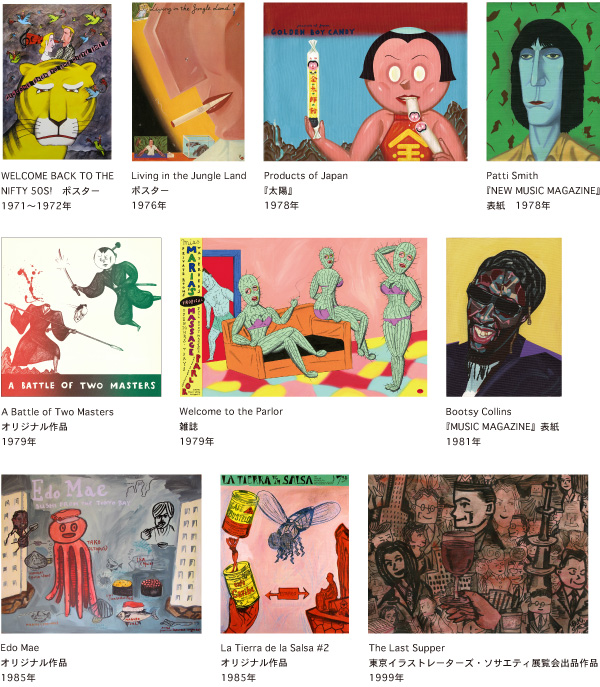 Yosuke Kawamura
Born in 1944. After graduating from Tokyo National University of Fine Arts (now Tokyo University of the Arts), where he majored in Visual Design, he became a graphic designer creating advertising for Seibu Department Stores, Parco, etc. In 1970 he joined with Nobuhiko Yabuki and Teruhiko Yumura in forming “100% Studio” (disbanded in 1974), attracting great acclaim. After going freelance as an illustrator in 1971, he became in charge of the cover art and illustrations for magazines representative of contemporary youth culture, including Hanashi no Tokushu and Music Magazine (previously, New Music Magazine). He also created advertising campaigns for clients such as Nikka Whisky and the Japan Racing Association (JRA), with many of his works hailed as both provocative and masterful. In 1989 he became one of the founders of the music magazine Bad News, for which he not only created all illustration but also performed detailed design work. Kawamura is also a highly regarded critic and essayist, his focus largely on Latin American music (especially salsa) and jazz. Most notably, he ranks among the foremost authorities in Latin music, and inarguably it was Yosuke Kawamura who, through his illustrations and writings, made salsa music highly popular in Japan. Among his major publications are EXOTICA, Sarusa tengoku [Salsa Heaven], Sarusa bangaichi [Outer Fringes of Salsa], Nippon no e [Pictures of Japan], Jungle Book and Joyful Tokyo. His awards to date include Best Artist of the Year at the Japan Graphic Show, Tokyo ADC Awards, and the Artist Award from the Illustration in Japan yearbook. 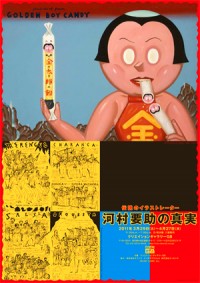