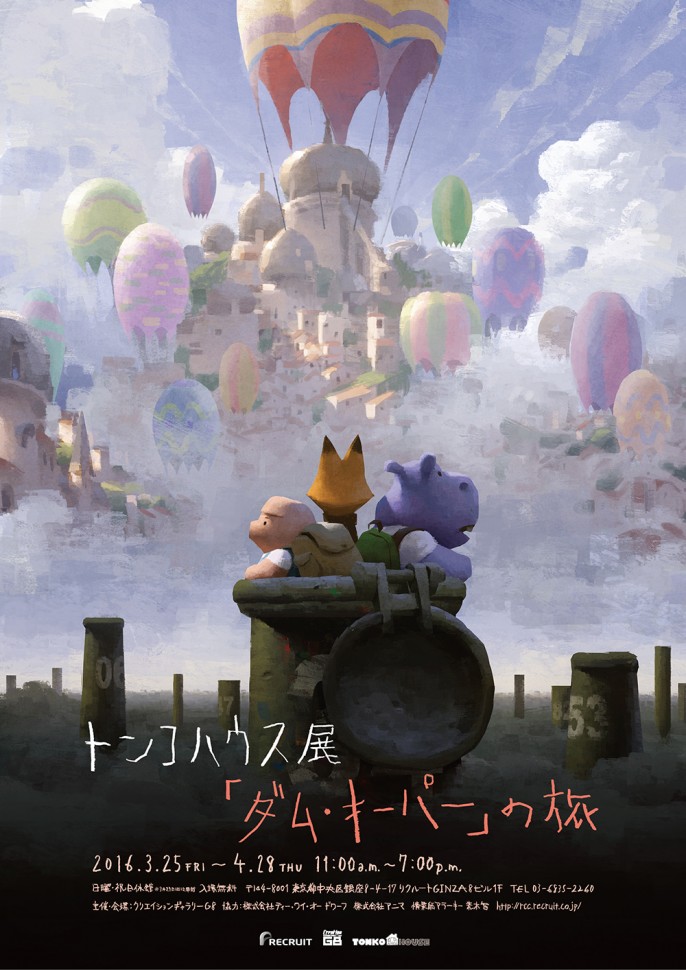 Tonko House is an animation studio founded in California in 2014 by Daisuke “Dice” Tsutsumi and Robert Kondo. The pair were originally art directors at Pixar Animation, where their credits included “Toy Story 3” and “Monsters University.” They decided to strike out on their own to find a challenging new environment that would allow them to get maximum enjoyment from their creative art.
Tsutsumi and Kondo completed work on their first independent short animated film, “The Dam Keeper,” in 2013. The work has been highly acclaimed everywhere, and has been shown at numerous film festivals worldwide, including the Berlin International Film Festival. To date “The Dam Keeper” has won more than 20 awards, and in 2015, was nominated for an Academy Award.
This exhibition, titled “The Journey of the Dam Keeper,” will introduce the various elements of the artwork that evoke the worldview expressed in “The Dam Keeper.” These include designs and maquettes of its featured characters as well as clues that led to the film’s story. Also on display will be new work , including collaborations created especially for this show: one made with the Japanese stop-motion animation studio, Dwarf, and another with miniature diorama artist Satoshi Araki. In addition, Tonko House’s works to date and projects currently in the pipeline will be introduced in a space recreating the interior of their studio in California.
Tsutsumi and Kondo get to the essence of what they truly want to create by repeatedly asking themselves “Why?” – why they want to create animation, why they settle on a particular story, why their story is set the way it is, and so on. Their works, meticulously crafted over many hours, are cherished and admired by fans of all generations, from children to adults.
This will be Tonko House’s first exhibition. We eagerly invite you to visit the gallery as though you were visiting their studio, to observe how this talented pair go about creating their animation masterpieces. 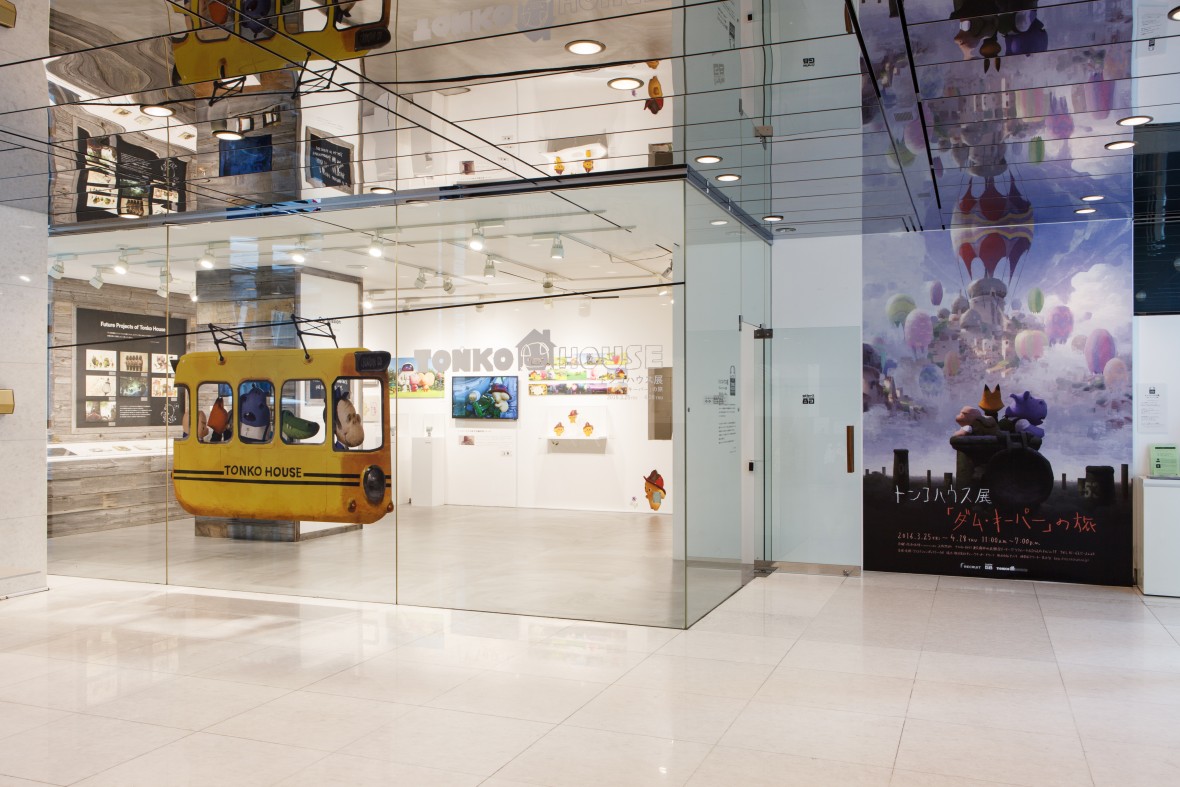 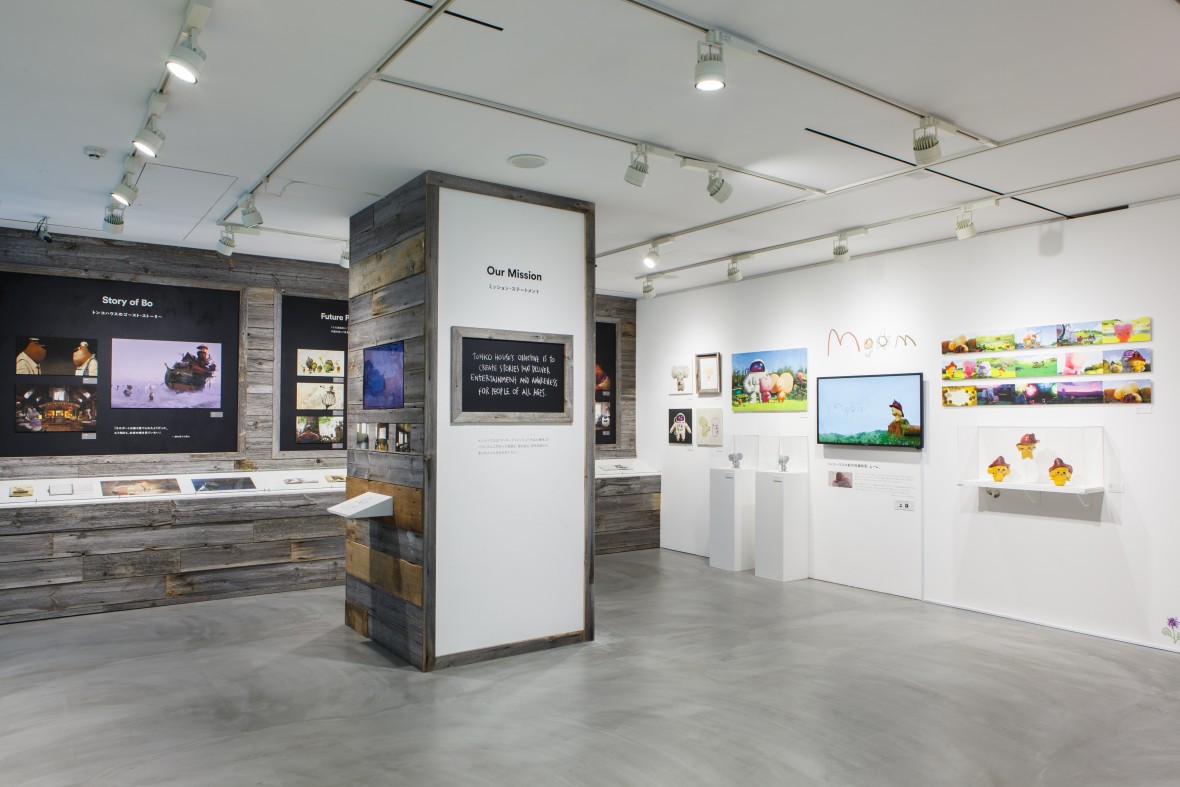 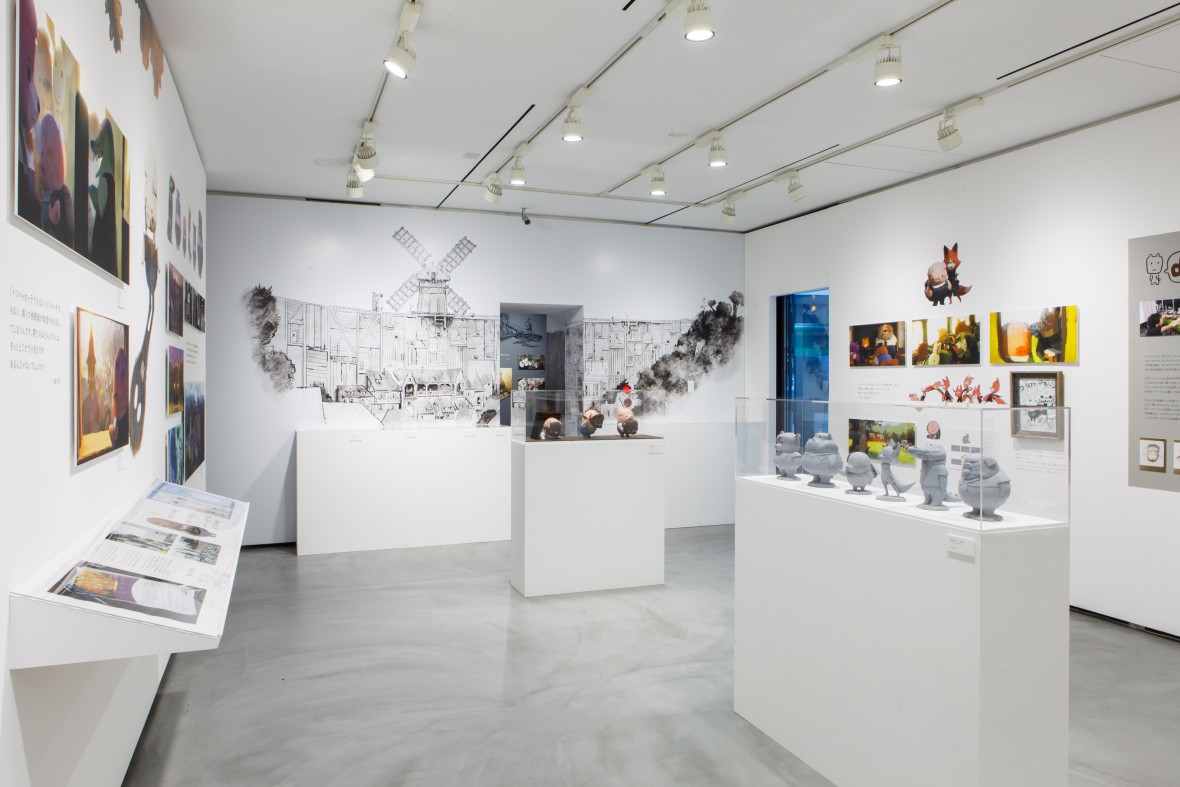 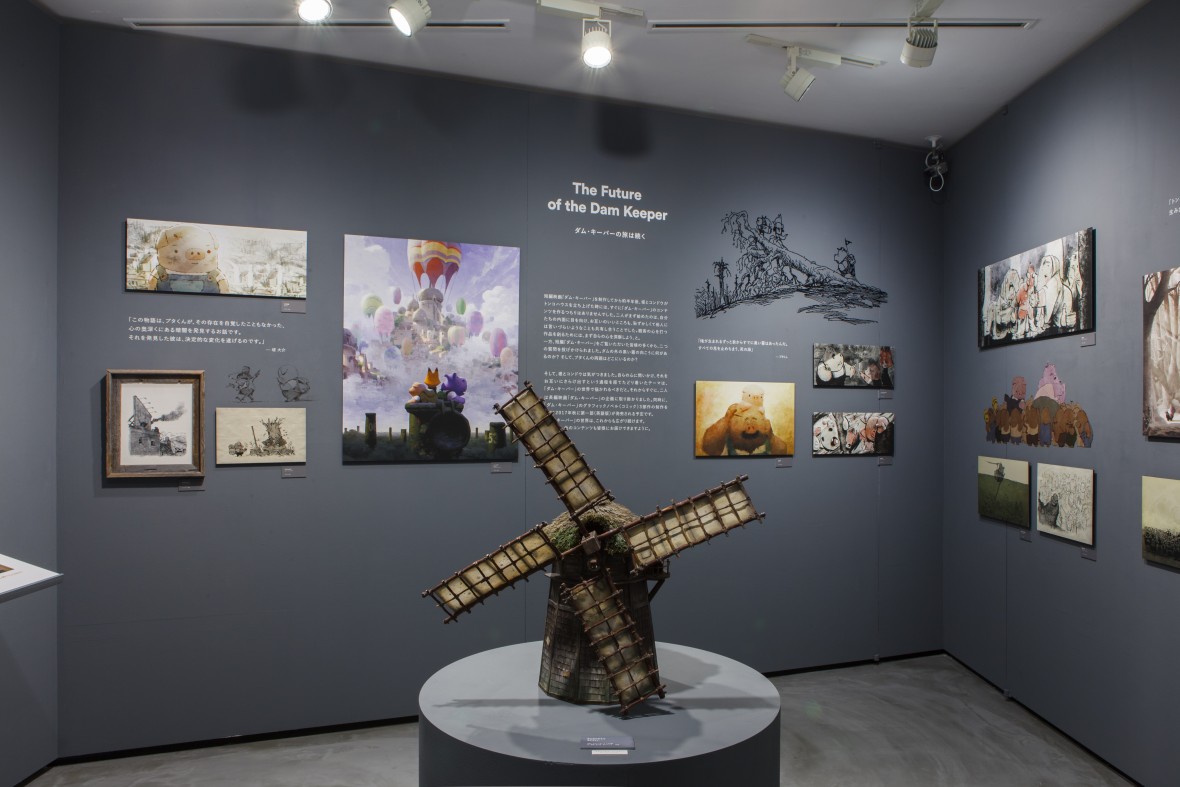 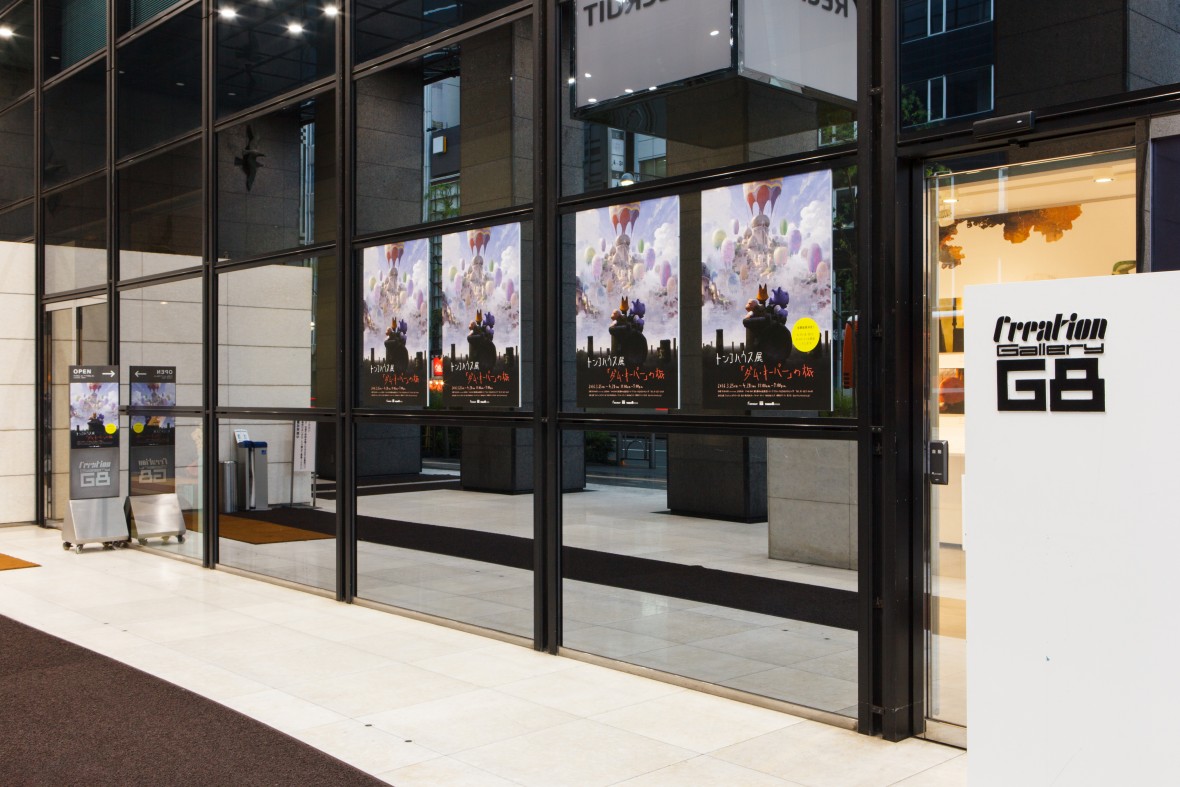 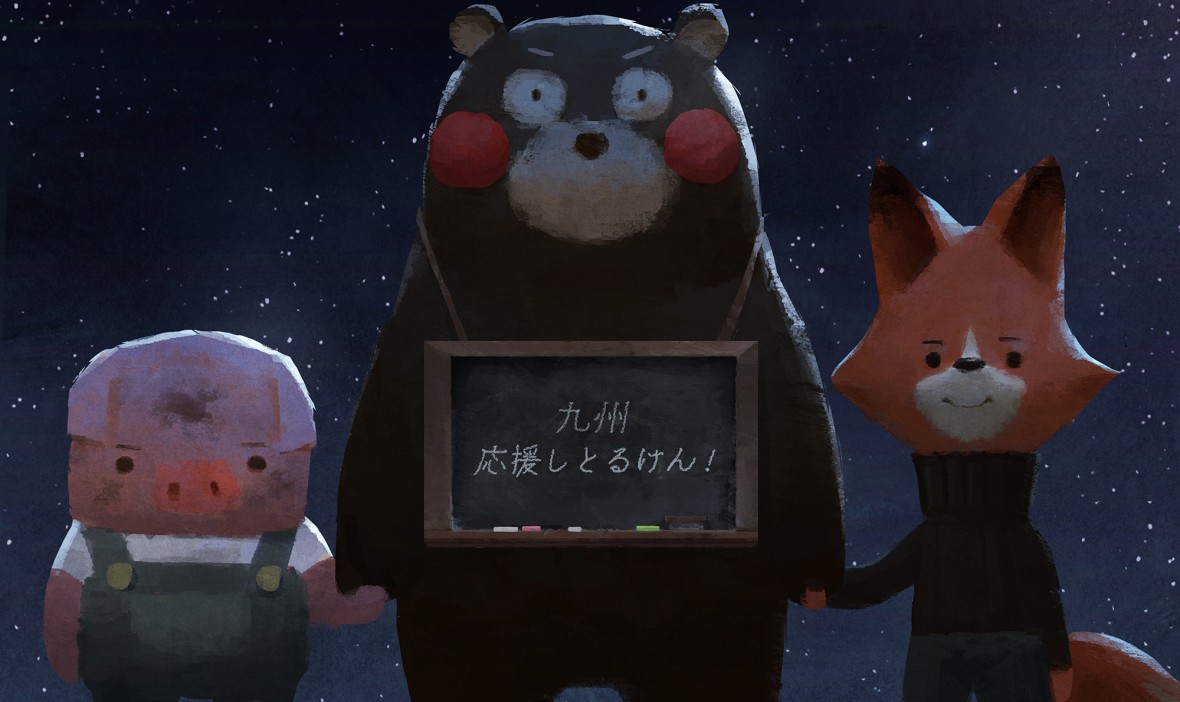 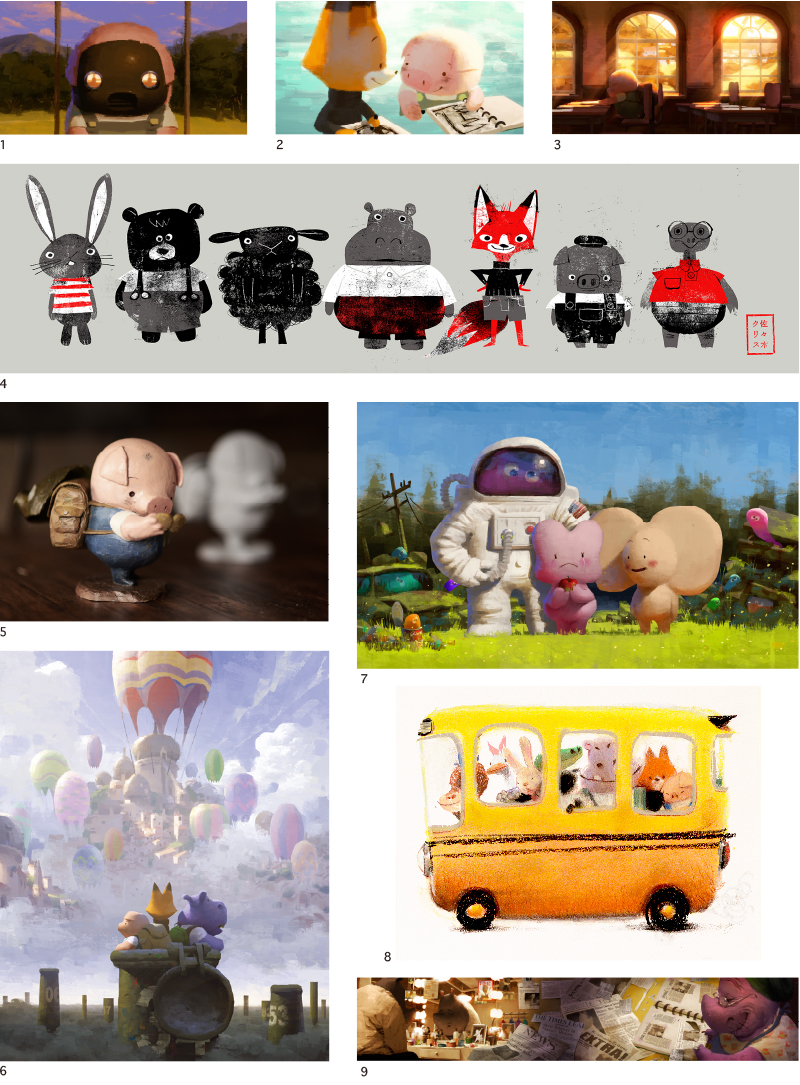 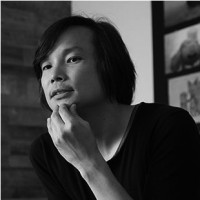 Born in Tokyo. Graduated from The School of Visual Arts in New York. At Lucas Learning and Blue Sky Studios he was in charge of concept art on “Ice Age,” “Robots,” etc. He joined Pixar Animation in 2007, where as art director he worked on “Toy Story 3” and “Monsters University.” In July 2014 he left Pixar and founded Tonko House. He is the brain behind “Sketchtravel,” a project in which 71 artists around the world create drawings in the same sketchbook. 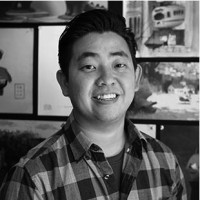 Born in southern California. Graduated from the Art Center College of Design in Pasadena. In 2006 he joined Pixar Animation as a sketch artist, where he was involved in the production of “Ratatouille.” Later, he served as sets art director on “Ratatouille,” “Toy Story 3” and “Monsters University.” In July 2014 he left Pixar and founded Tonko House, where, he says, “every day is a challenge and an adventure.”

For visitors who want to understand and enjoy the exhibition even more, Daisuke Tsutsumi and Robert Kondo will discuss their works on display. Their talk will be followed by an autograph session in which the two artists will sign Tonko House’s Blu-ray, DVD, book or other merchandise purchased at the gallery.

The Exhibition
The exhibition will introduce an array of artwork that created the worldview expressed in “The Dam Keeper,” including the design and maquettes of its featured characters, clues behind the story setting, etc. Also on display will be two new works, both collaborations created specially for this show: one made with the French stop-motion animation studio Dwarf, and the other with miniature diorama artist Satoshi Araki. In addition, Tonko House’s works to date and projects currently in the pipeline will be introduced in a space recreating the interior of their studio in California.

Message from the Artists
In 2012, when we were both working as art directors at Pixar Animation, we were searching for ways to expand upon our filmmaking experience in Pixar’s art department. We decided to write and direct an independent animated short film. That was the answer we were looking for.

“The Dam Keeper,” the first work we directed, garnered high acclaim far beyond anything we expected, including a nomination for an Academy Award in 2015. That life-changing experience, putting together a team and completing a film with our cohorts, made us reinvestigate our current path. We began to pursue answers to the question “Why?” – and the search for answers led us away from the comfort of Pixar’s gates to challenge ourselves with the unfamiliar, to continue on the path of learning. In July 2014 we founded Tonko House as a place to nurture growth while telling stories for the world.

In our exhibition “The Dam Keeper’s Journey” we will introduce the expanding world of this short animated film, with a focus on our artwork. As the first exhibition mounted by Tonko House anywhere in the world, we will also trace our progress while maintaining close ties with creative partners in Japan, including our new work “Moom” and a previously unreleased new project proposal. In conjunction with the exhibition we will also be offering Tonko House’s new merchandise for sale, including Blu-ray and DVD versions of “The Dam Keeper” dubbed in Japanese and a book titled “The Art of The Dam Keeper.”

We hope visitors will enjoy the show as much as we have enjoyed putting it together. 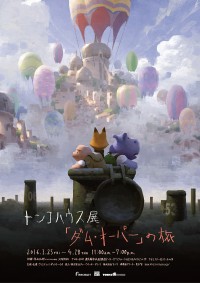 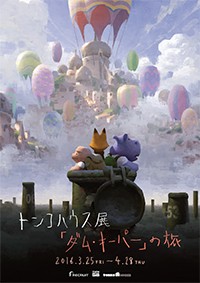 Merchandise to be on Sale:

* Available only with items sold at the exhibition.