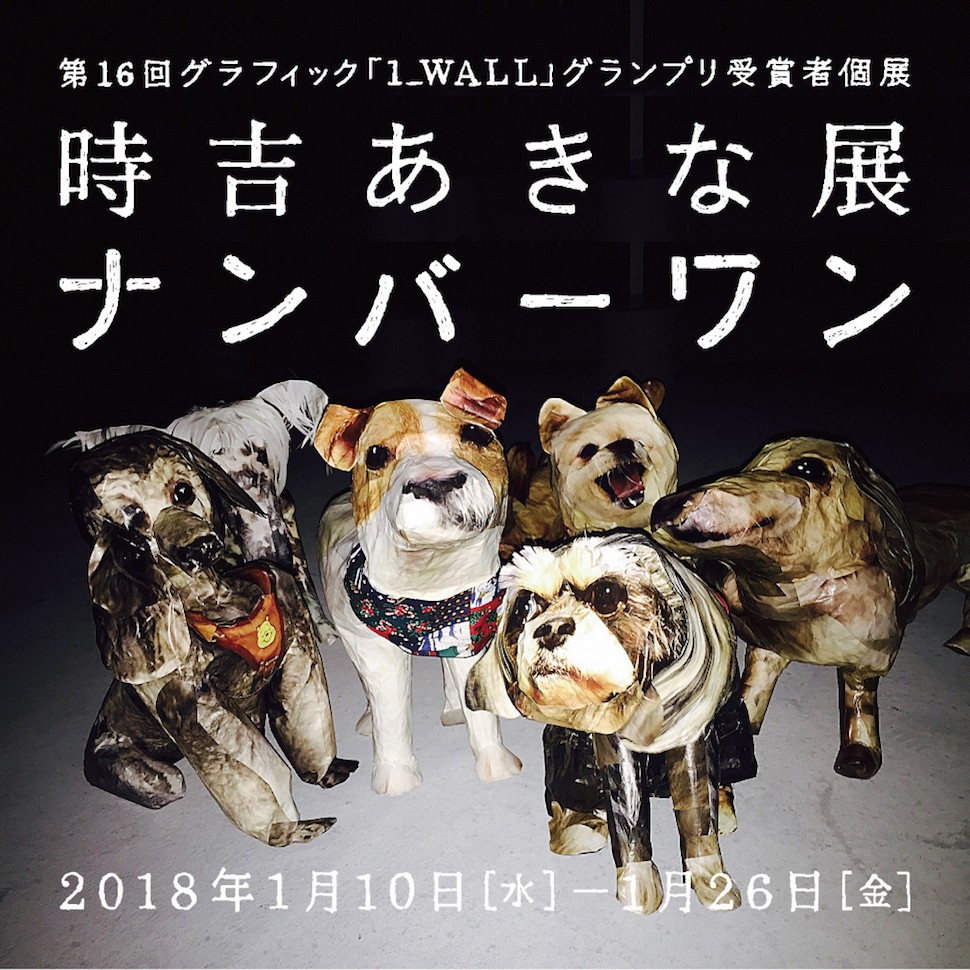 Akina Tokiyoshi won the 16th “1_WALL” Graphics Competition with “One All,” her collages of 3-dimensional life-size dogs. The judges praised Tokiyoshi’s works for their powerful ability to engage even people who have no inherent interest in the arts.

Tokiyoshi’s creation process begins with taking photos of dogs by smartphone. These she then prints out on copy paper, and then reproduces her subjects as 3-dimensional life-size collages. While her reproductions are thus accurate in their details, by forcibly working the 2-dimensional photos into 3-dimensional creations, she realizes dogs with unnatural distortions and unique expressions that evoke a sense of incongruity mixed with humor. Tokiyoshi also creates works in which she photographs her own room and then reproduces it as an actual space composed of her photographs, as well as books in which she disassembles those works and reconfigures them as a flat surface. By traversing back and forth between the 2- and 3-dimensional realms, Tokiyoshi is probing artistic expression through repeated reproduction.

This exhibition will focus primarily on Akina Tokiyoshi’s 3-dimensional dog collages, and also feature her photographic works and installations newly created for this show. On January 15 (Mon), Tokiyoshi will take part in a Talk Event together with illustrator Yutanpo Shirane, where they will discuss the secrets behind their creative processes. 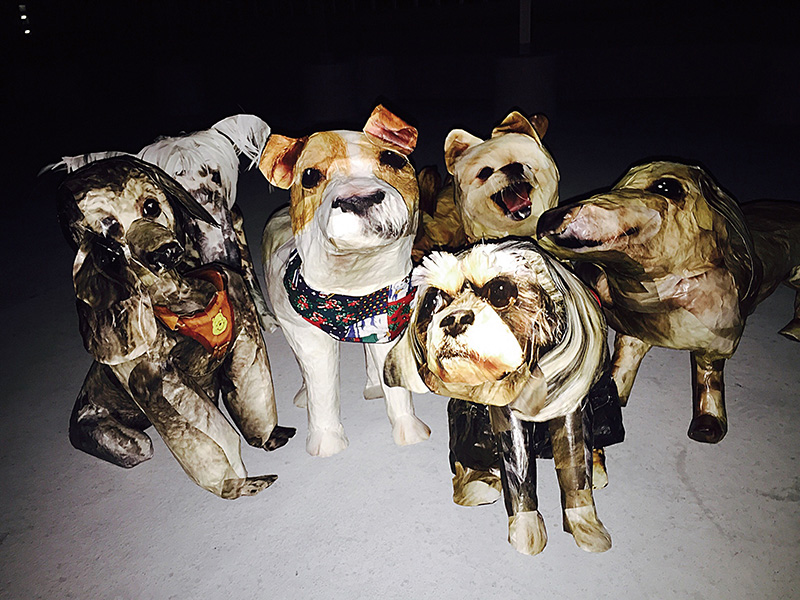 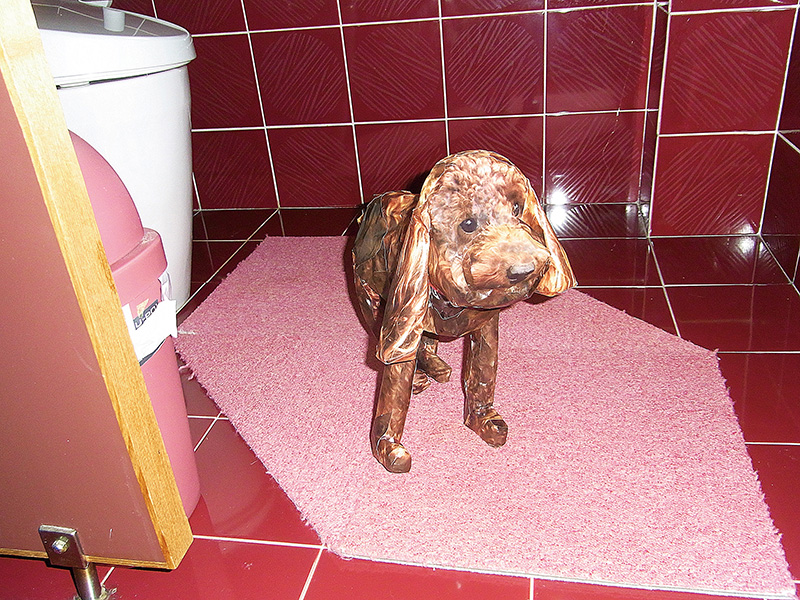 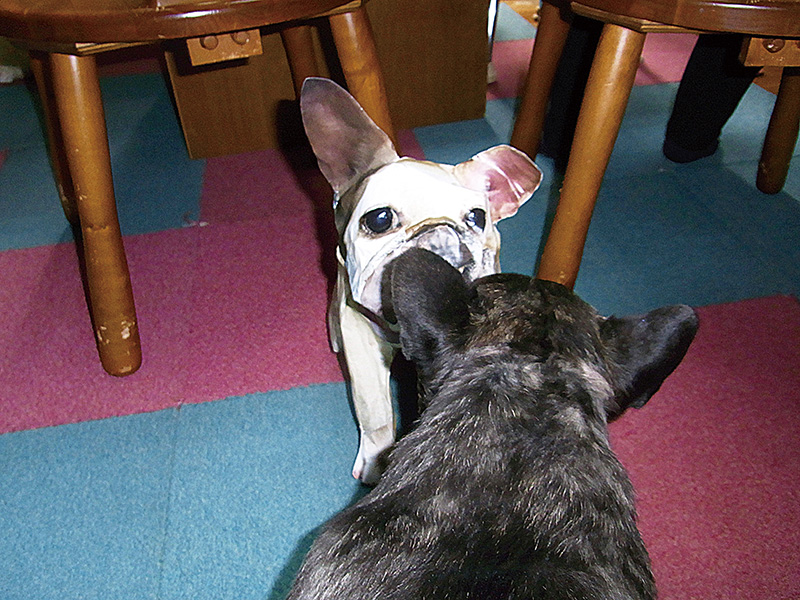 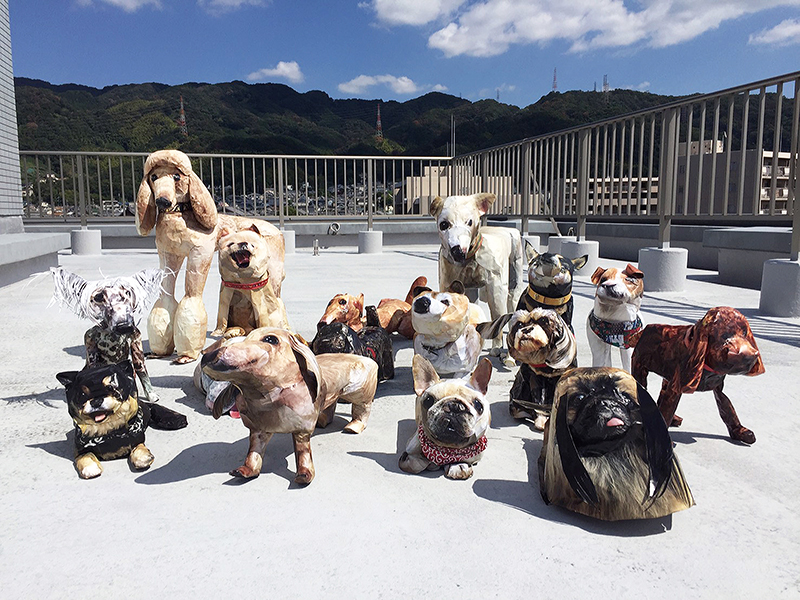 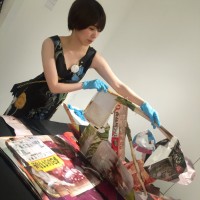 Born in 1994.
2016 Graduated from the Information Design course of Kyoto University of Art & Design.

“Akina, you haven’t changed a bit! You were making dogs out of paper in kindergarten!” my mother quipped. Looking back over photos from those days, I discover she’s absolutely right: the things I imagine inside my head haven’t changed much at all. The realization makes me slightly worried.
In primary school I thought I could be good friends with Ranma, the protagonist in the “Ranma 1/2” manga, and in middle school I thought of going to Hogwarts School of Witchcraft and Wizardry. Even in high school, I still believed, just a little, that Santa Claus really exists.
Even when at some point I realize that such things are only made-up, I want to believe in such dreamy tales and think how wonderful it would be if they were really real.
I have a feeling the works I’m making today—which may not serve any purpose but which I think are the greatest!—are close to that.

Tokiyoshi’s works, with their magical realism and homespun techniques, evoke a time when the boundary between “over there” and “here” was lost. Accumulations of personal experiences are inverted into physical space from within digital space, appearing with double realities. This is also the very tail end of a human historical plot in which humans, cut off from the “world” in which they had previously blended in as animals, attempt to understand the world and others with words and pictures. This is where the dogs are. 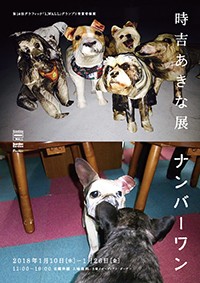 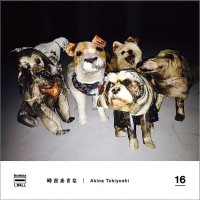