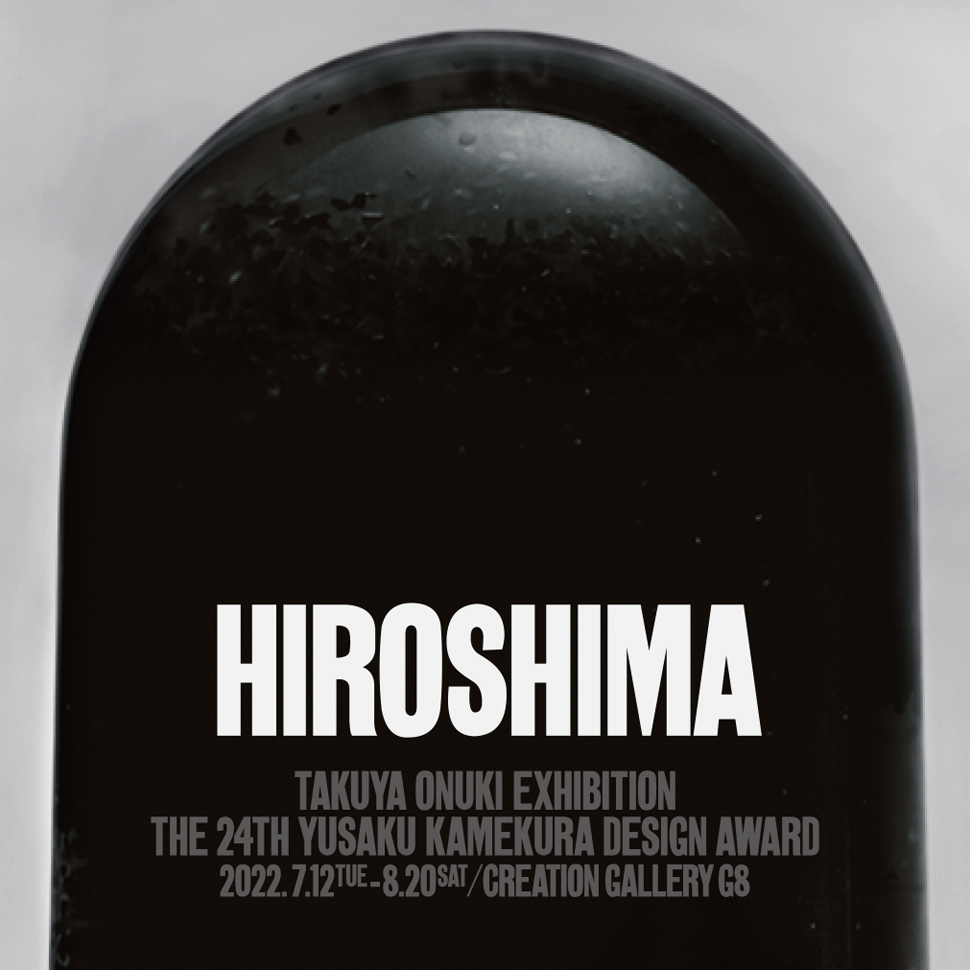 The Yusaku Kamekura Design Award was established in 1999 to honor the achievements of the late graphic designer Yusaku Kamekura (1915-1997) and to promote the further development of the graphic design field. Operation of the award program and selection of the winner, chosen annually, are performed by the Japan Graphic Design Association Inc. (JAGDA). JAGDA awards the prize to the designer whose work or works are judged most worthy among all entries featured in its yearbook, Graphic Design in Japan.

The 24th Yusaku Kamekura Design Award was presented to Takuya Onuki for his peace campaign poster and related items created for “HIROSHIMA APPEALS 2021.” After initially working as an art director at Hakuhodo, he went freelance and established Onuki Design in 1993. From a critical perspective, during his long career he has delved into the essence and issues of his subject matter, and offered up visual solutions for society to consider. He has created communicative messages for a host of commercial brands, including Nissin Foods’ “Cup Noodles,” Laforet Harajuku fashion building, Shinchosha Publishing’s “Yonda?” library, Shiseido’s “Tsubaki” product lineup, and SoftBank mobile phone carrier.

As his Pepsiman bottle caps created for Pepsi-Cola illustrate, Takuya Onuki always pursues new and unconventional modes of brand communication consistently focused on achieving results for the client. With every assignment, he inputs a huge amount of time and thought, considering myriad alternatives before reaching his final result. With this tenacious creative stance, his innovative ideas for problem solving, and his visual pursuit down to the finest detail, Mr. Onuki has continuously created branding communication ahead of its time.

Mr. Onuki received the 24th Yusaku Kamekura Design Award for his 2021 “HIROSHIMA APPEALS” peace poster and related items. In addition to creating the poster itself, using augmented reality (AR) and a smartphone it’s possible to see a visual depiction of the poster’s white dove appearing out of black snow. The judges praised the work highly. One cited its powerful message and the vivid contrast between the scariness of the black snow globe and the beauty of the white dove. Another judge admired the superlative level of perfection in the work’s construction, including the three-dimensional form of the dove. A third judge commented on the clearly felt determination of the designer to convey, through use of new technology, the memory of the atomic bombing of Hiroshima to the next generation, adding a new dimension to this long-running peace campaign.

This solo exhibition of works by Takuya Onuki will be held to commemorate his receipt of the 24th Yusaku Kamekura Design Award. 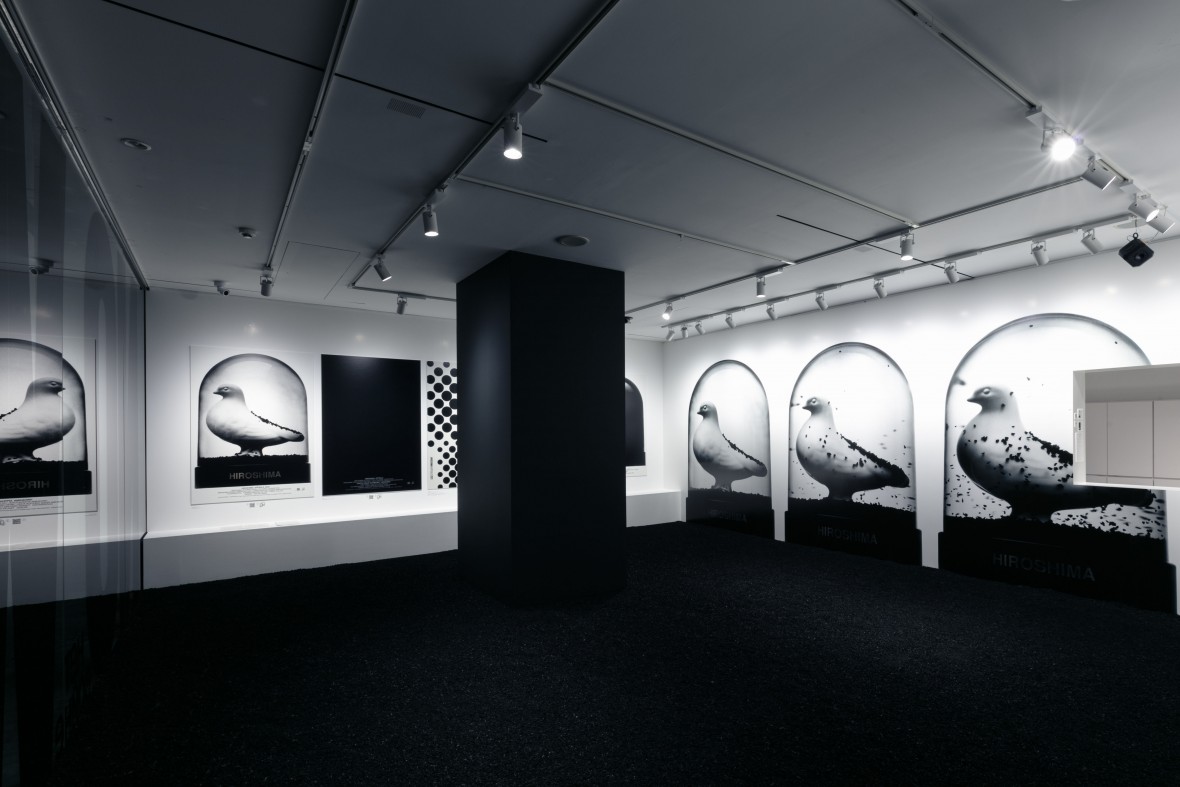 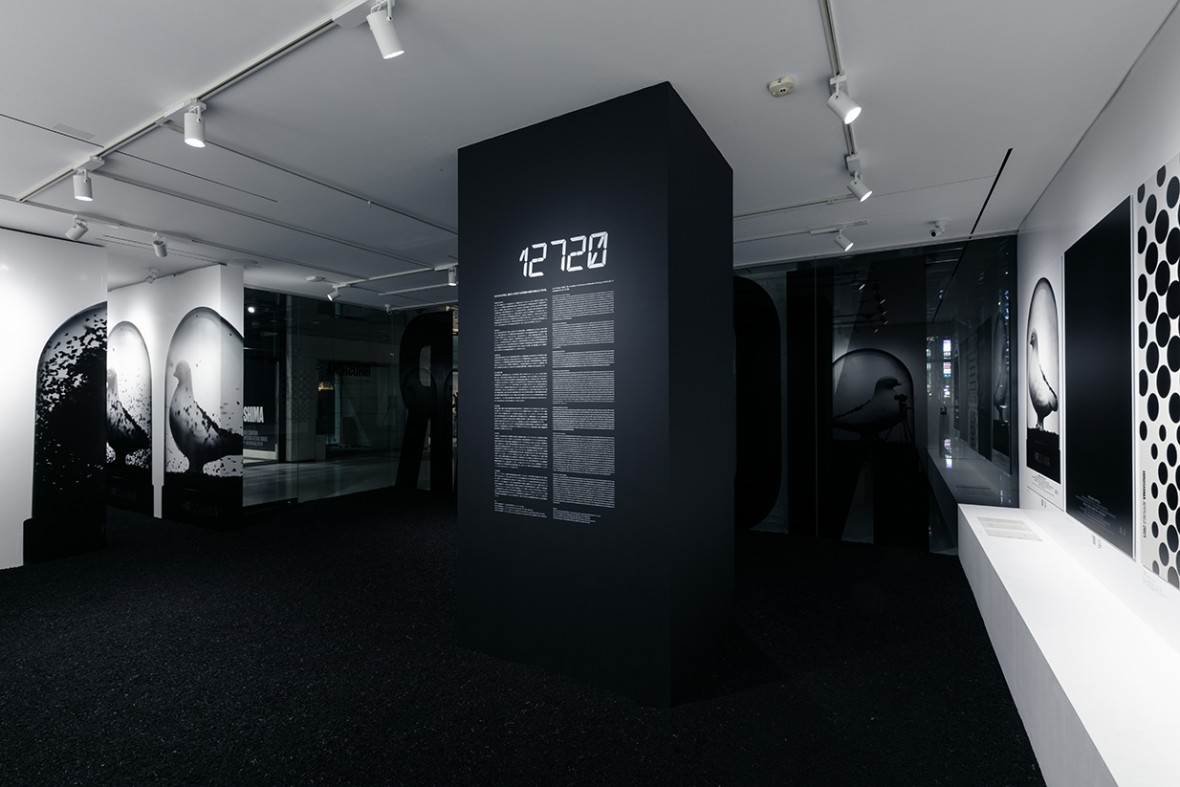 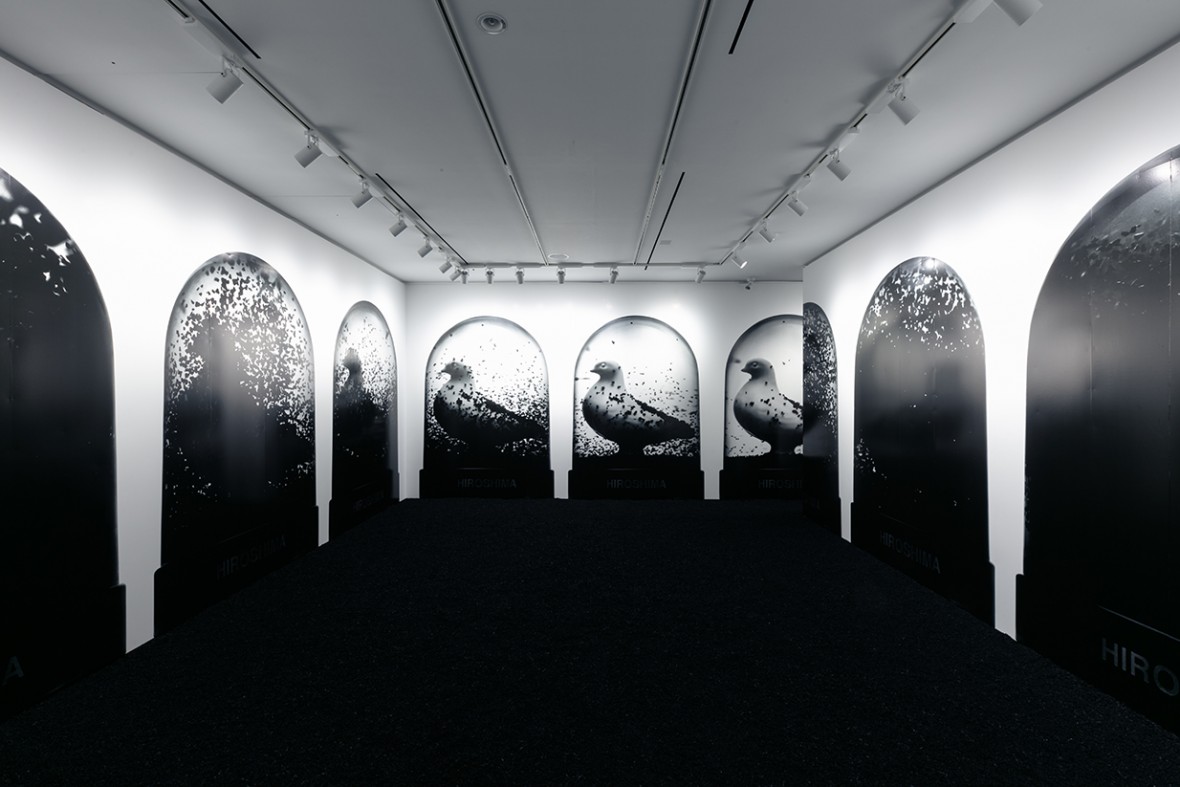 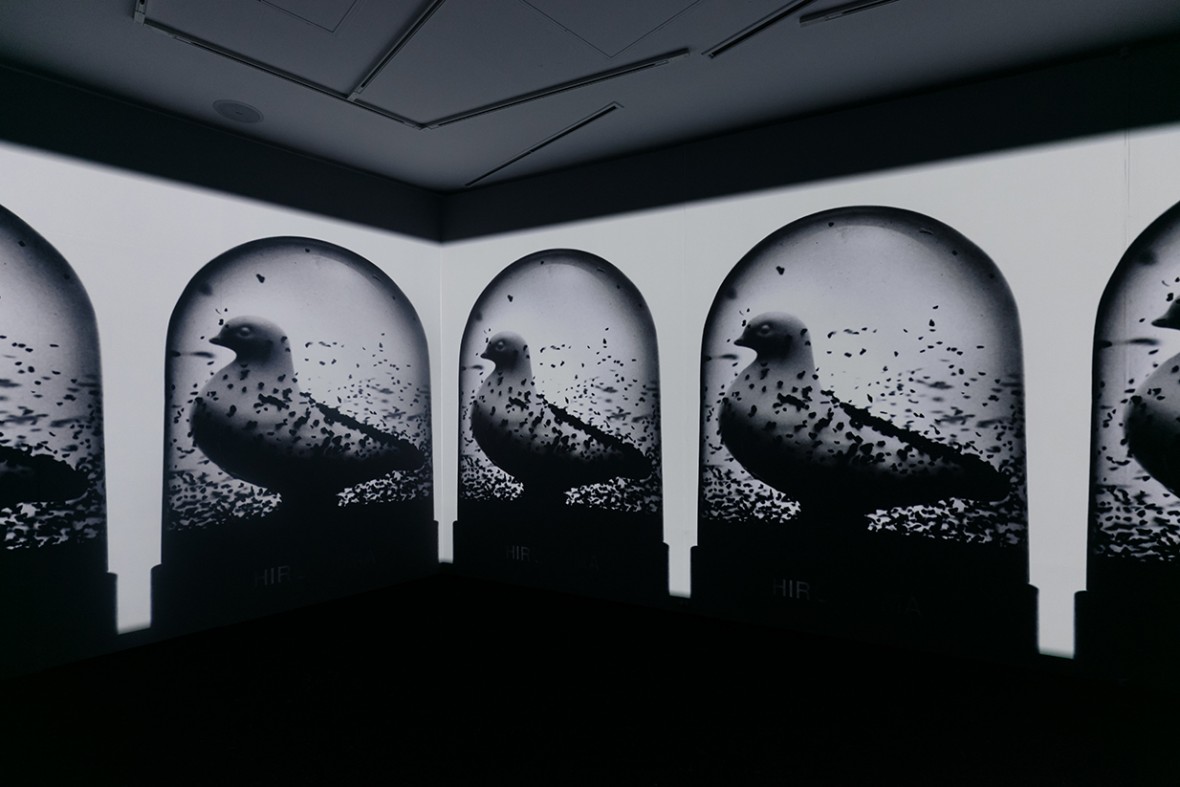 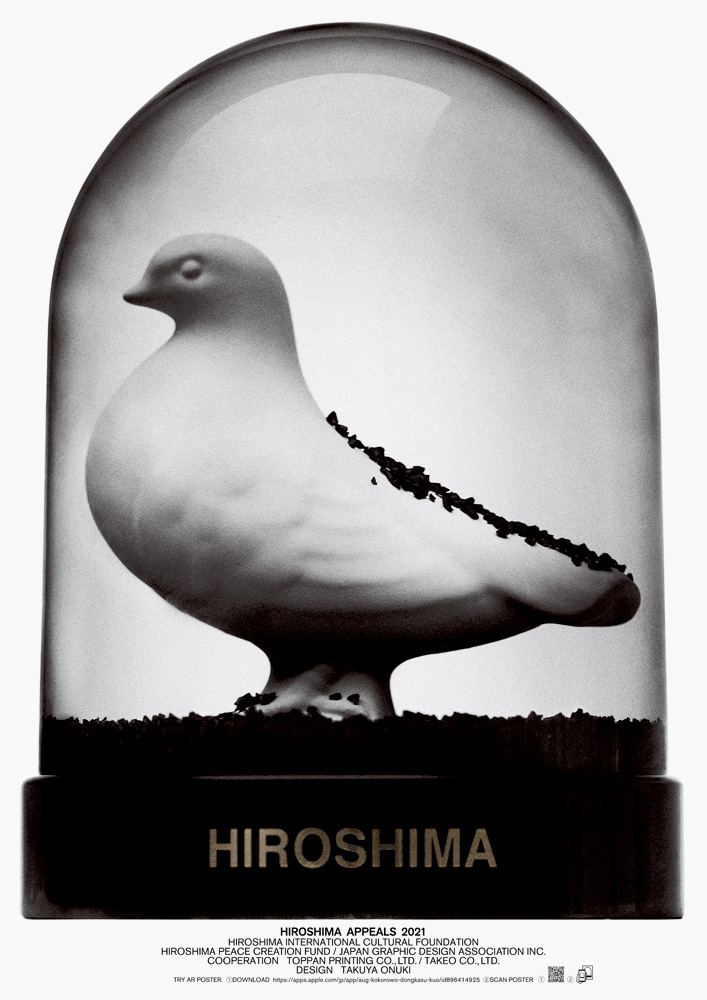 ＊ To view an augmented version of the poster, use the QR code shown above to download the special “aug!” app to a smartphone. Open the app, place the phone over the poster, and the AR version will appear. 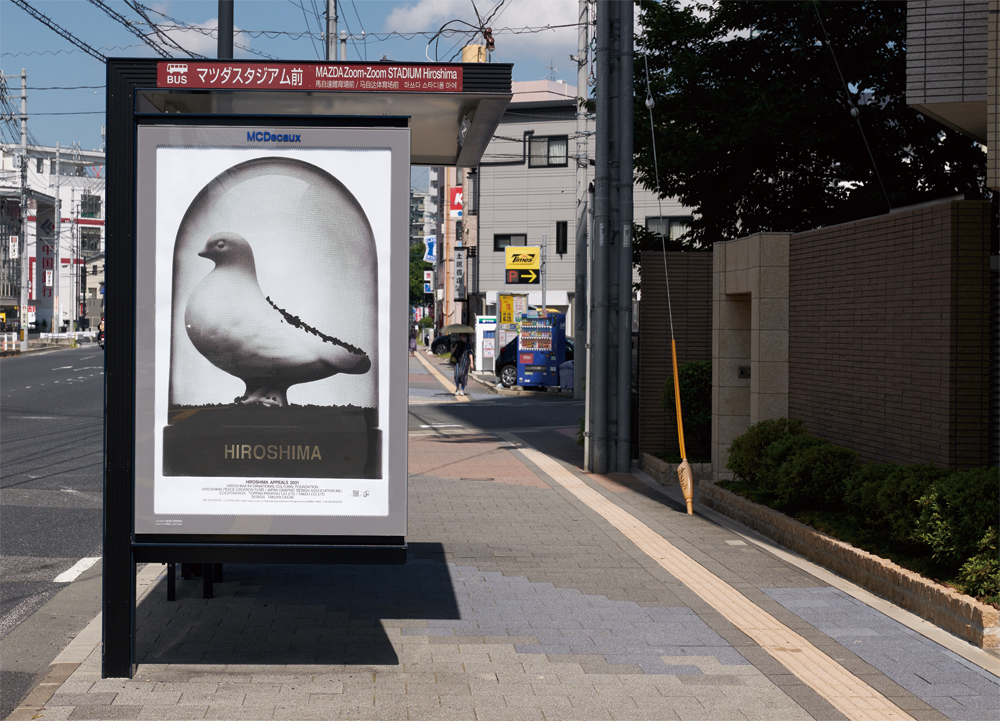 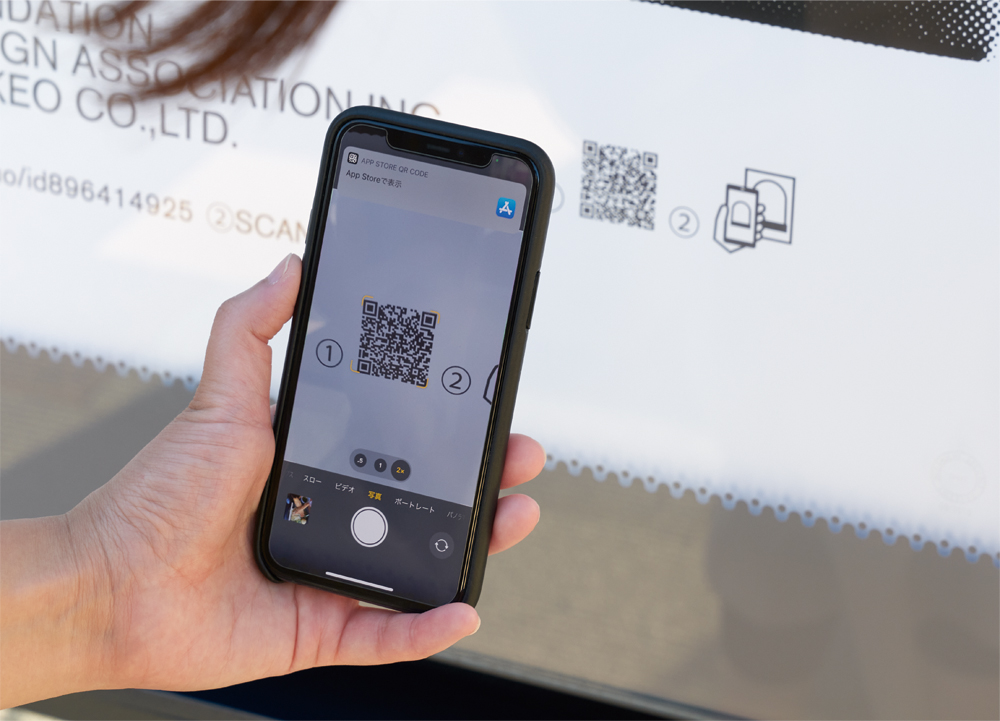 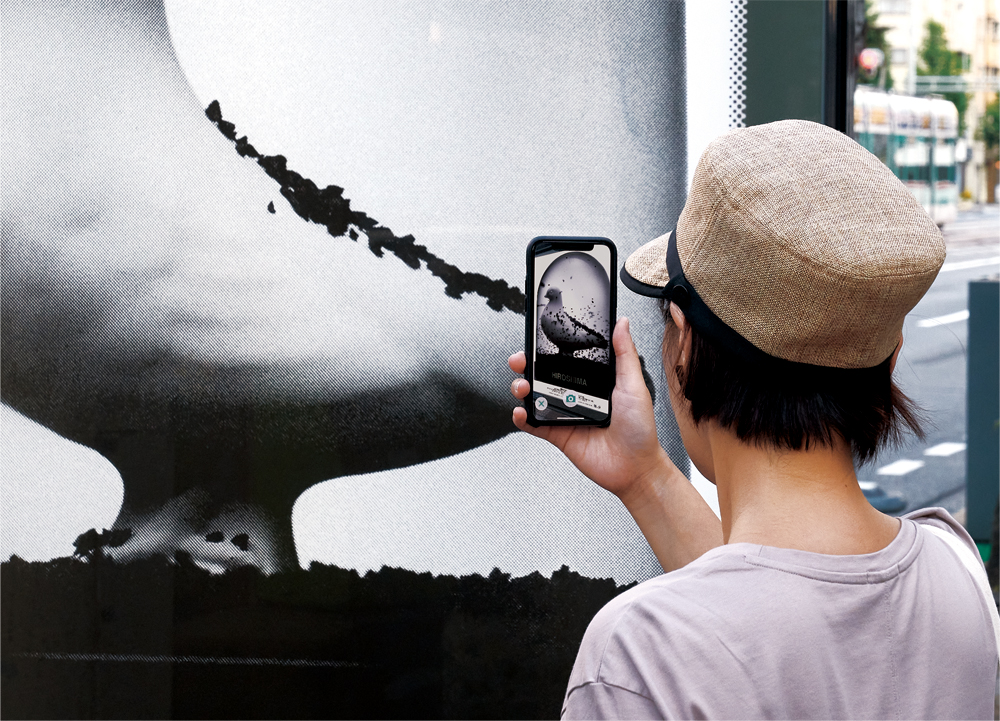 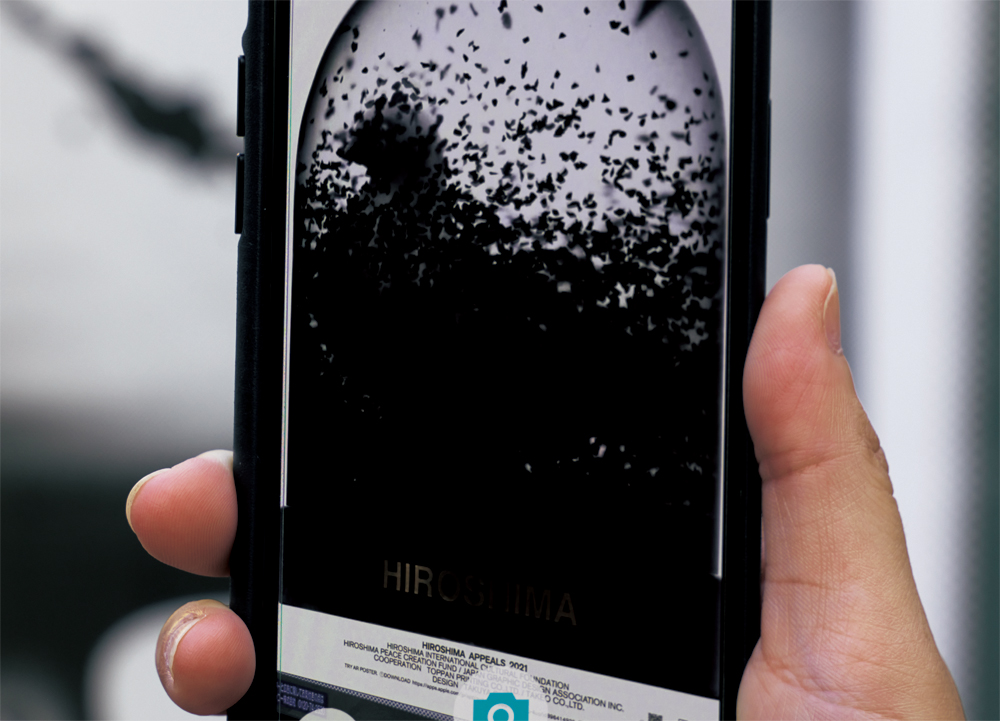 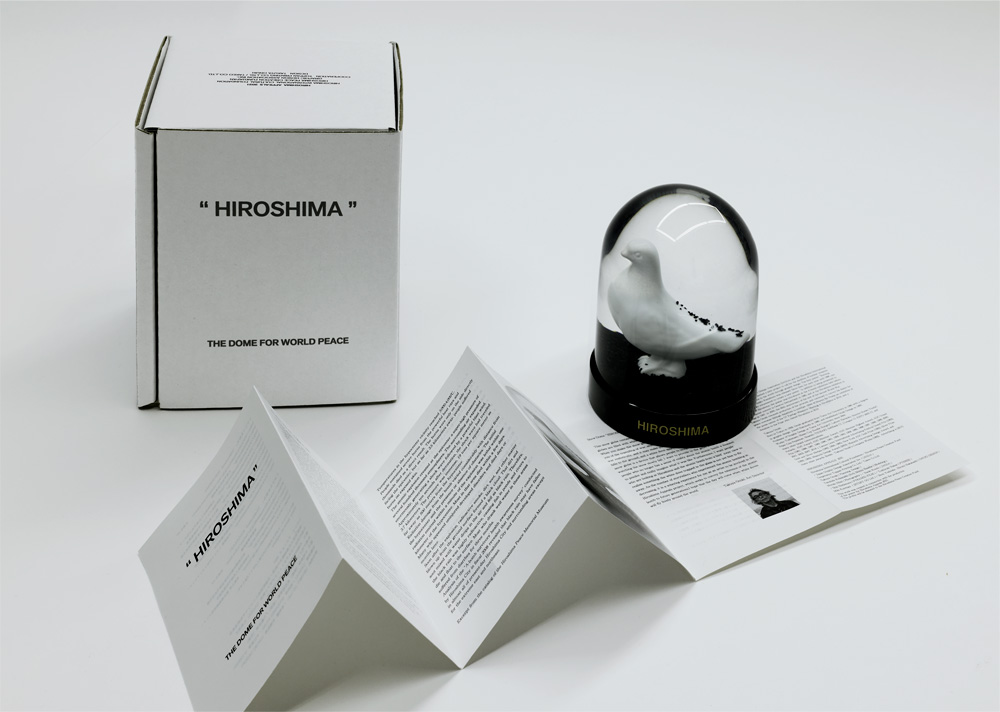 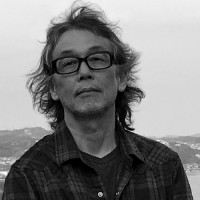 My first encounter with Yusaku Kamekura was in an office building in the Shinjuku area of Tokyo. The large hall on the ground floor was decorated with the various posters he had designed for the 1964 Tokyo Olympics – the powerful photo of runners set against a black background, the brilliant red sun symbolizing Japan, and so on – all reproduced in gigantic size. I was a kindergartener at the time, completely enthralled by the Tetsujin 28-go manga, and didn’t have the slightest interest in the Olympics. But I still recall, like a flashback to a scene I’d once seen in an old movie, how I stood transfixed by the posters before me.

Creating a “Hiroshima Appeals” poster was an opportunity of a lifetime for me to “compete” with Mr. Kamekura across the decades. I was fired up with determination of an intensity I hadn’t experienced since I was in my twenties. “I’ll create a poster surpassing those of Yusaku Kamekura!” I pledged to myself. The occasion also gave me a perfect opportunity to think about what designers are capable of doing for the betterment of the world.

Two weeks after I received word of winning the Yusaku Kamekura Design Award, on February 24, 2022 Russia began its horrific invasion of Ukraine. Where this outrage will lead is anyone’s guess. As a designer, I can only do what I’m personally capable of doing. Having reconfirmed the indispensable role communication plays in achieving peace in the future, I’m wholly determined to continue my activities in creative expression. 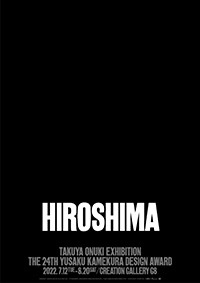 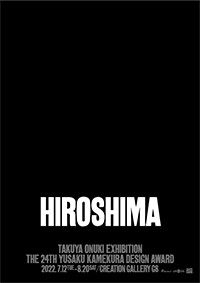 Mr. Kamekura loathed being forever identified for his connection to the 1964 Tokyo Olympics, and until just before his untimely death he eagerly vied against the younger generations of designers with works vibrantly “set in the present.” Through his editorial work for his graphic design magazine CREATION, he pursued the artistry and true essence of graphic design. Respecting his wishes, the award presented in his name honors graphic design that blends universal appeal with innovative creativity. Each award comes with a prize of JPY 500,000.