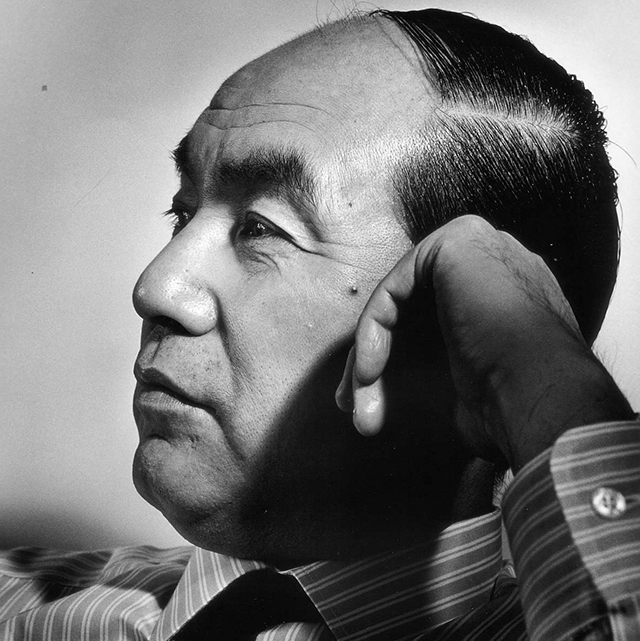 Graphic designer, born in Niigata Prefecture on April 6, 1915. 1933: Upon graduating from the Second Middle School of Nippon University, began working at an advertising office directed by Hideshige Ota. 1938: Joined Nippon Kobo, where he was art director of “NIPPON” and other magazines for overseas readers. 1951: Participated in establishing the Japan Advertising Artists Club (JAAC). 1960: Took part in the establishment of Nippon Design Center Inc. and became its managing director. 1962: Went freelance and established the Kamekura Design Institute. During his lifetime Mr. Kamekura received numerous awards both in Japan and from abroad. In 1980 he was bestowed a Medal of Honor with Purple Ribbon by the Japanese Government. In 1991 he was designated a “Person of Cultural Merit” by the Government. In 1993 he was inducted into New York ADC Hall of Fame. In 1994 the Academy of Fine Arts, Warsaw bestowed on him its first Honorary Doctorate. Mr. Kamekura served as president of the Japan Graphic Designers Association Inc. (JAGDA) for 16 years, commencing with its founding in 1978. He succumbed to acute pneumonia on May 11, 1997. His representative works include posters for the 1964 Tokyo Olympics, Expo ’70 in Osaka, the World Design Exposition in Nagoya and the Hiroshima Appeals campaign, and logomarks and logotypes for Good Design, NTT, Nikon and Yamagiwa. 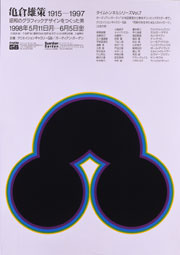