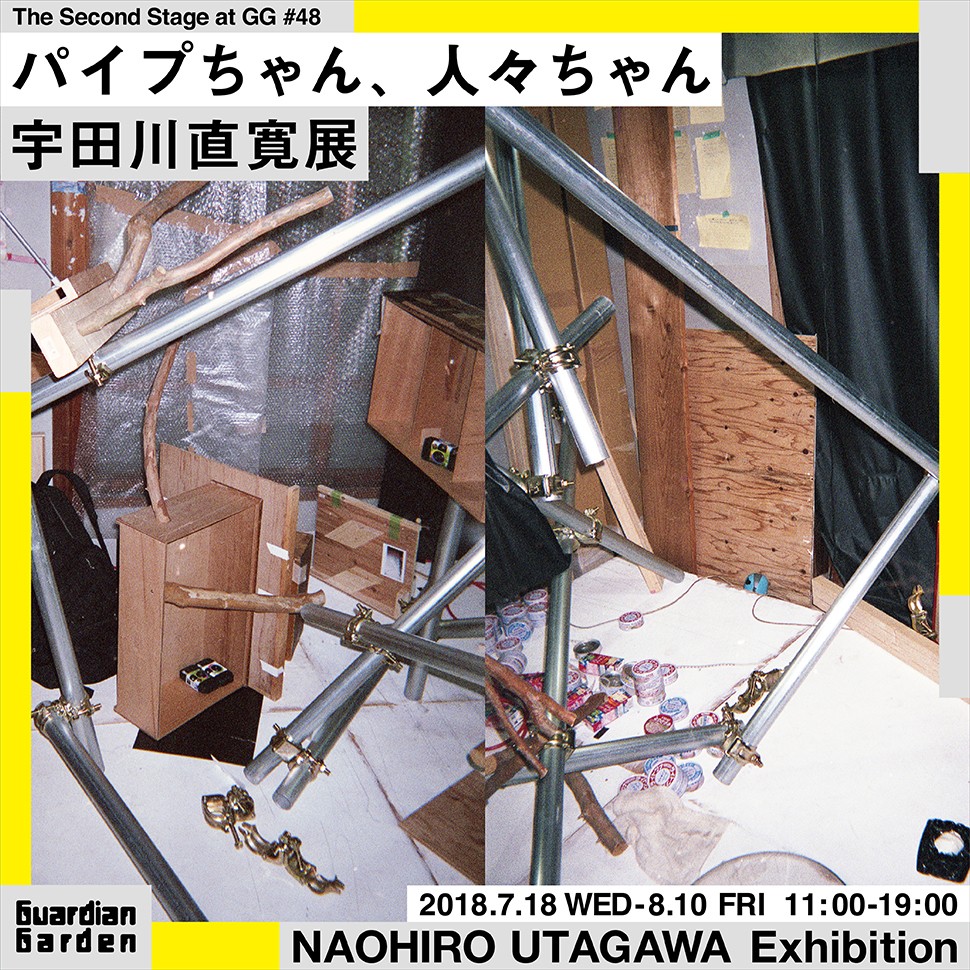 “The Second Stage at GG” is a series of exhibitions presenting more recent works by former finalists in the gallery’s open competitions launched to promote budding artists in various fields. The 48th exhibition in the series will feature the photographic works of Naohiro Utagawa.

Naohiro Utagawa was selected as a finalist in the 8th “1_WALL” Photography Competition in 2013 for a work in which he recorded the process by which, within the constraint of using the identical photo each time, he cut the photo and combined it repeatedly. Since then he has vigorously shown his works both in Japan and abroad. In 2016 Utagawa formed the photographers unit “Spew” together with Koji Kitagawa and Daisuke Yokota. They are active in the publication of photo books, holding exhibitions, and giving performances using sound and projection.

The theme of Utagawa’s exhibition will be the regularity and legitimacy that emerge from the relationships between various participants involved in the act of progressively joining together tubular piping. Where is the beginning? Where is the end? What comes to light from this act of unknown origin? Rather than exhibit a completed work, the process of pipe jointing will be repeated again and again, to continuously probe after what might come to light from within it. Visitors are sure to enjoy seeing how it all evolves at the gallery.

I’m writing this two months ahead of the start of this exhibition. I started and then erased, began again and erased again, and I keep missing what it is I want to write.

The bamboo should be stuffed with concepts, but oddly enough, I can’t extract them no matter what I do. All I see are letters which could be read as “rules and legitimacy” glowing faintly inside the tube. Could it be Princess Kaguya’s signboard?

That said, I haven’t the faintest intention of getting ahold of something likely and working it up into something coherent two months from now.

So I won’t awaken Princess Kaguya. I’ll just take the whole bamboo home with me and keep it there. 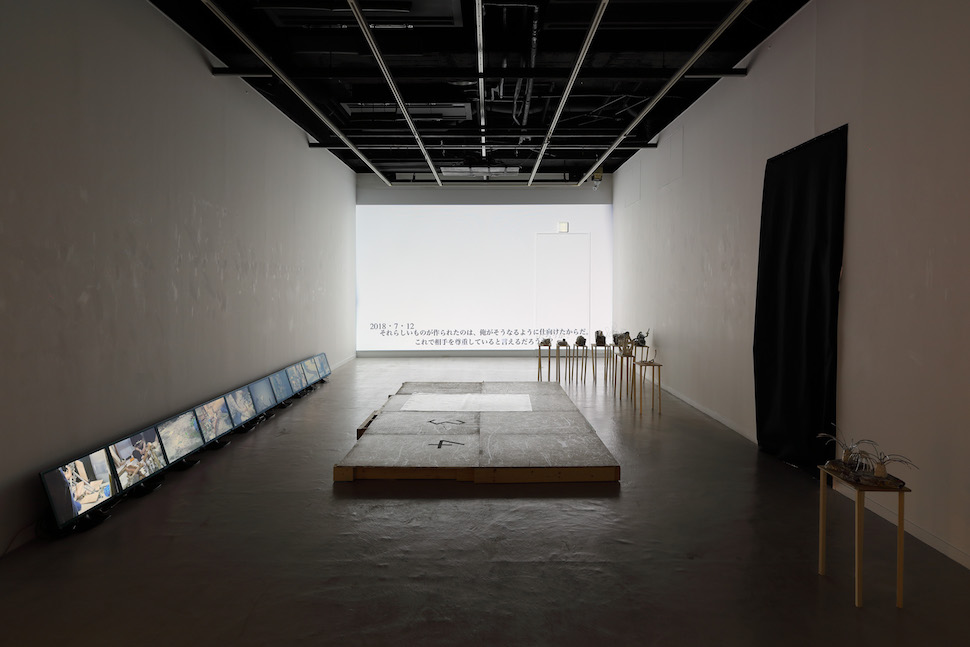 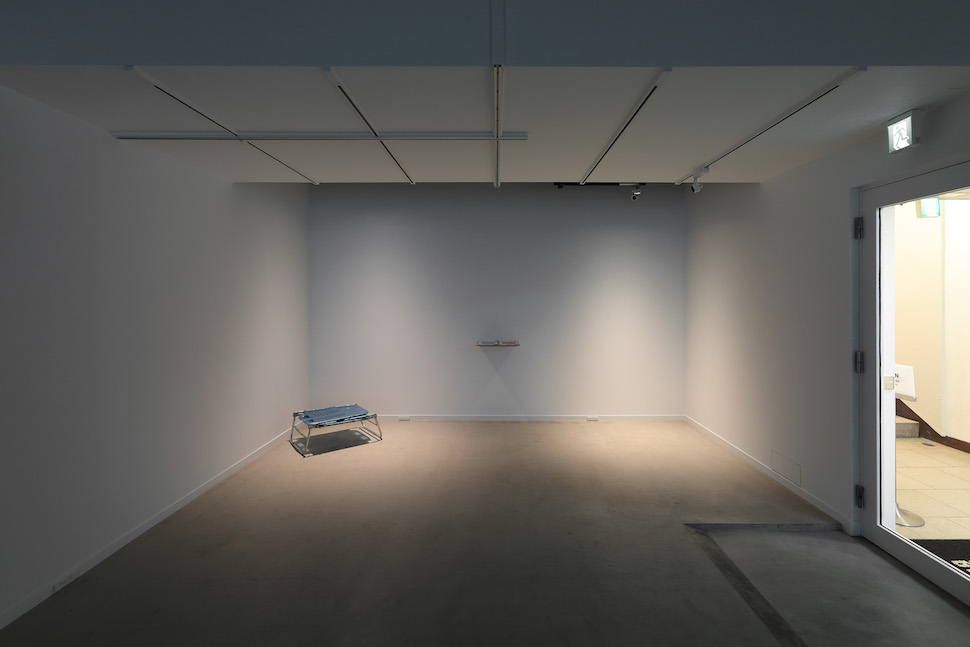 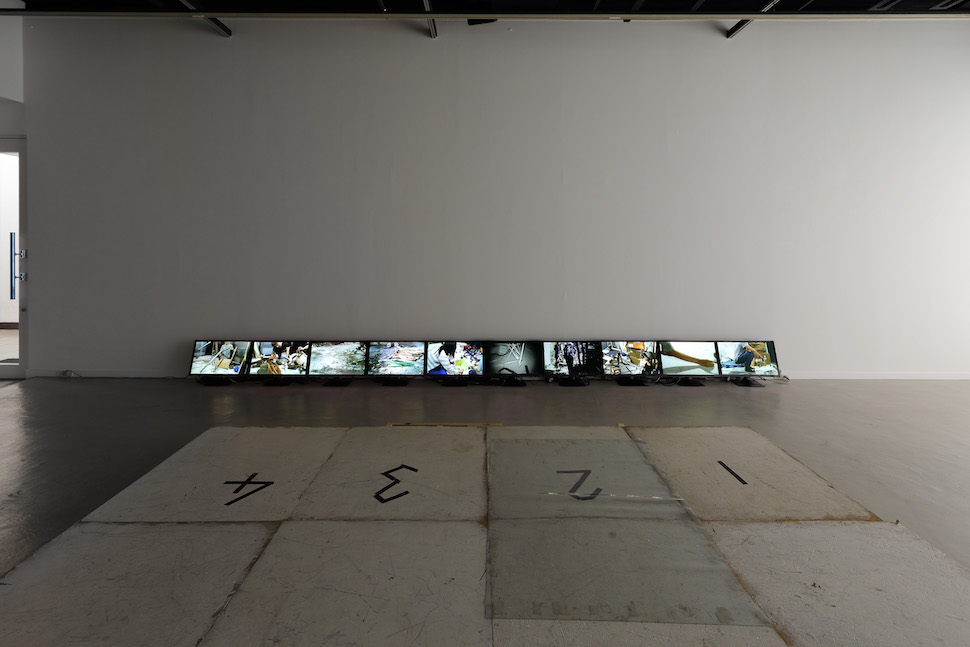 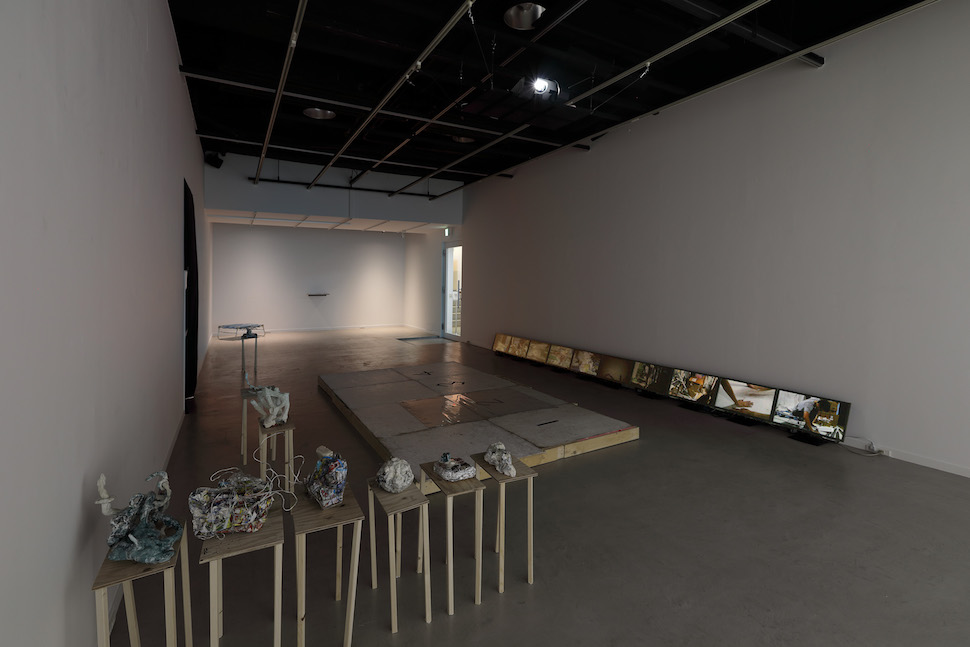 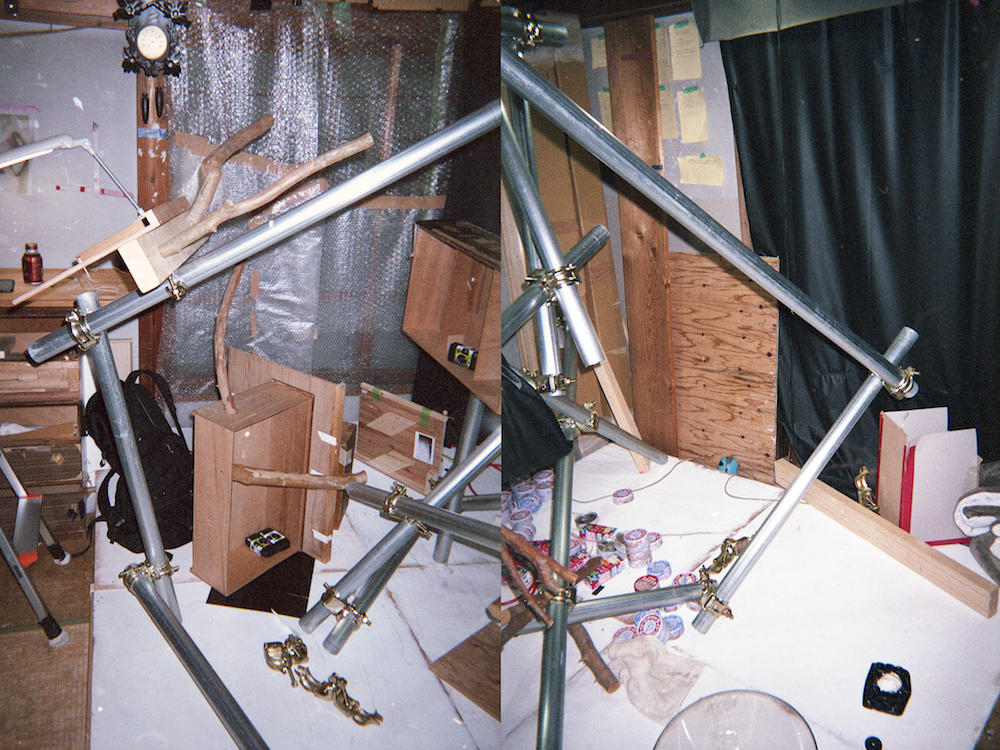 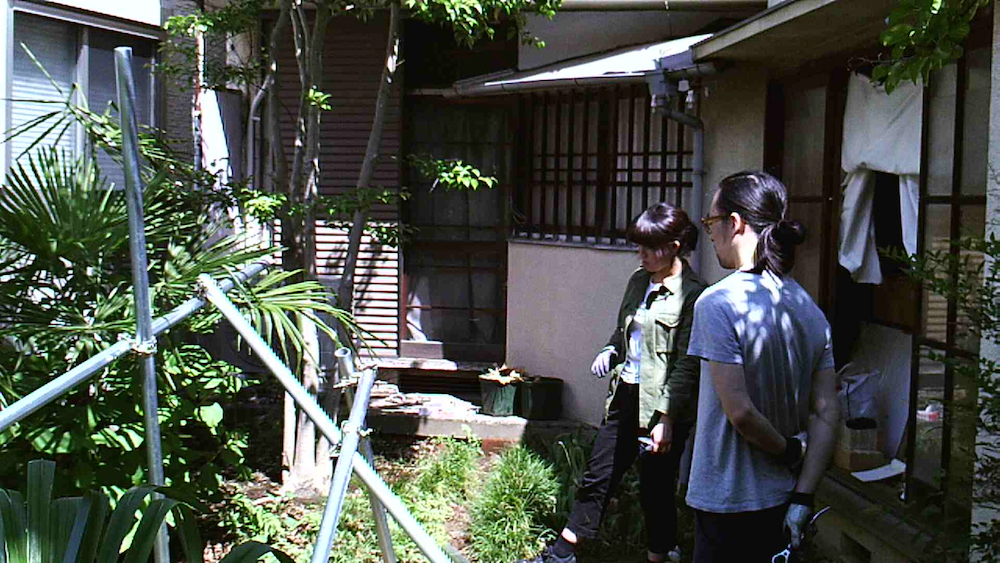 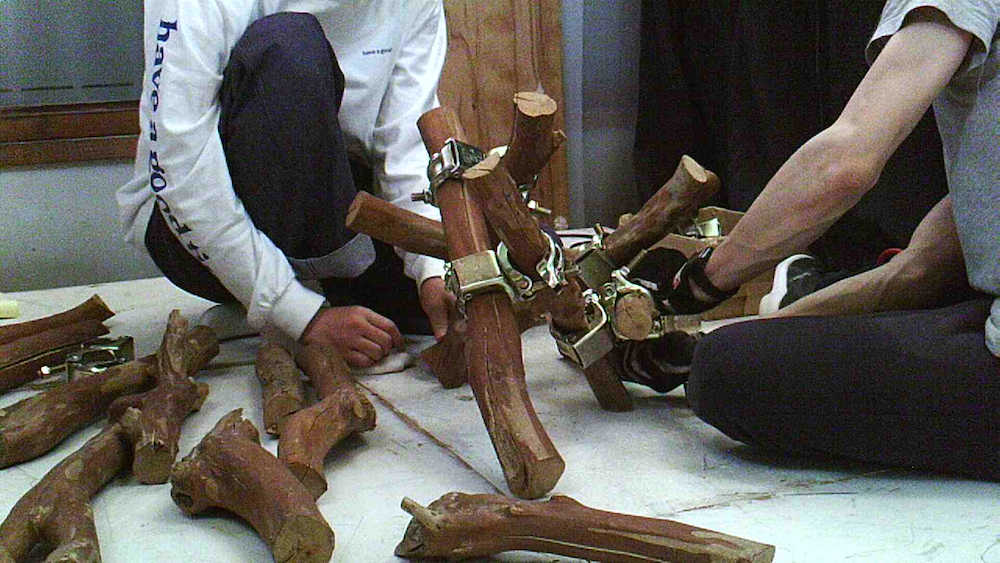 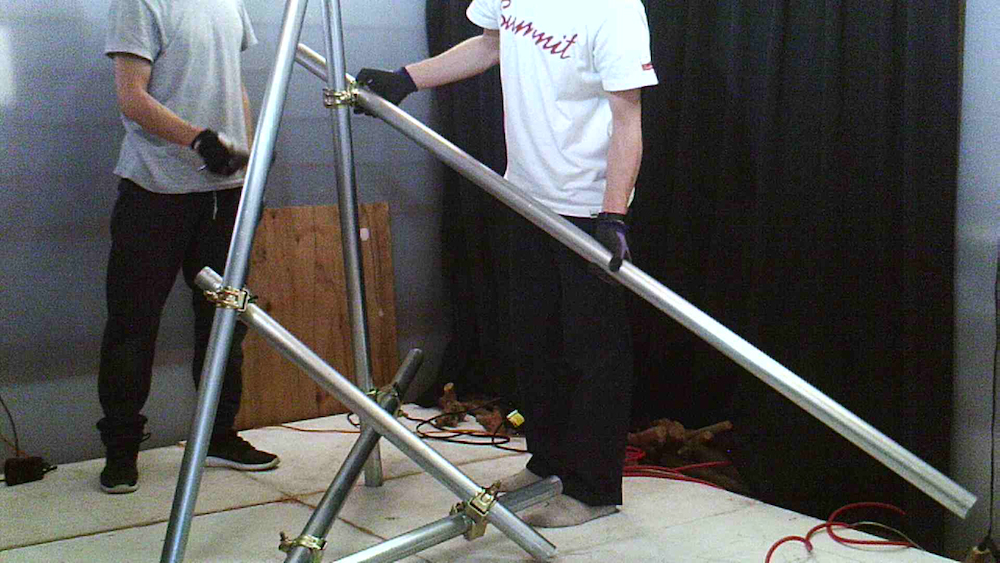 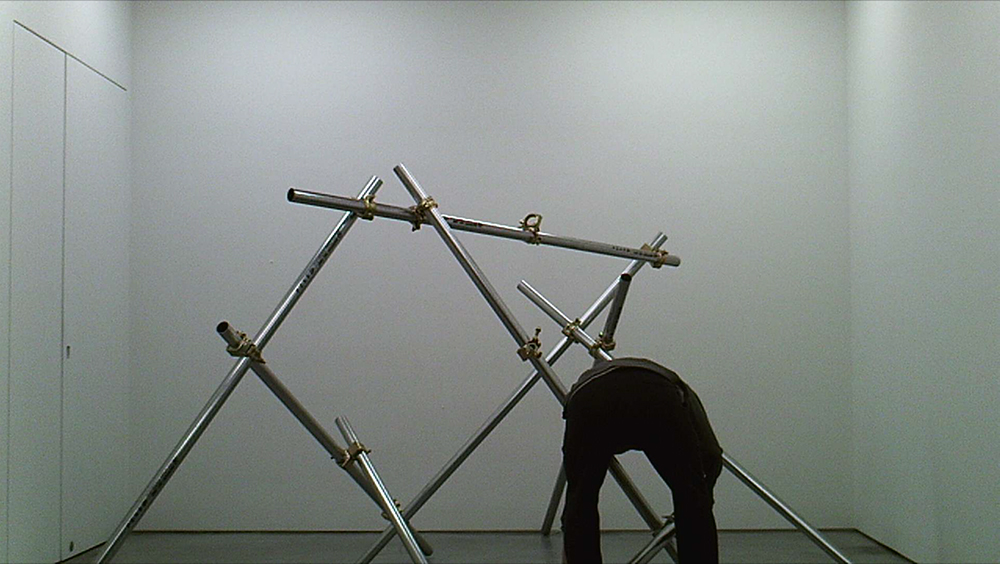 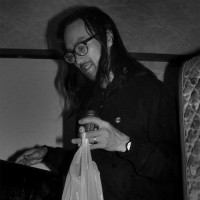 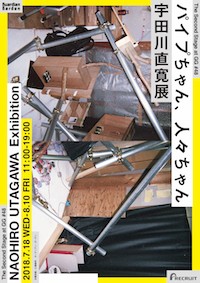