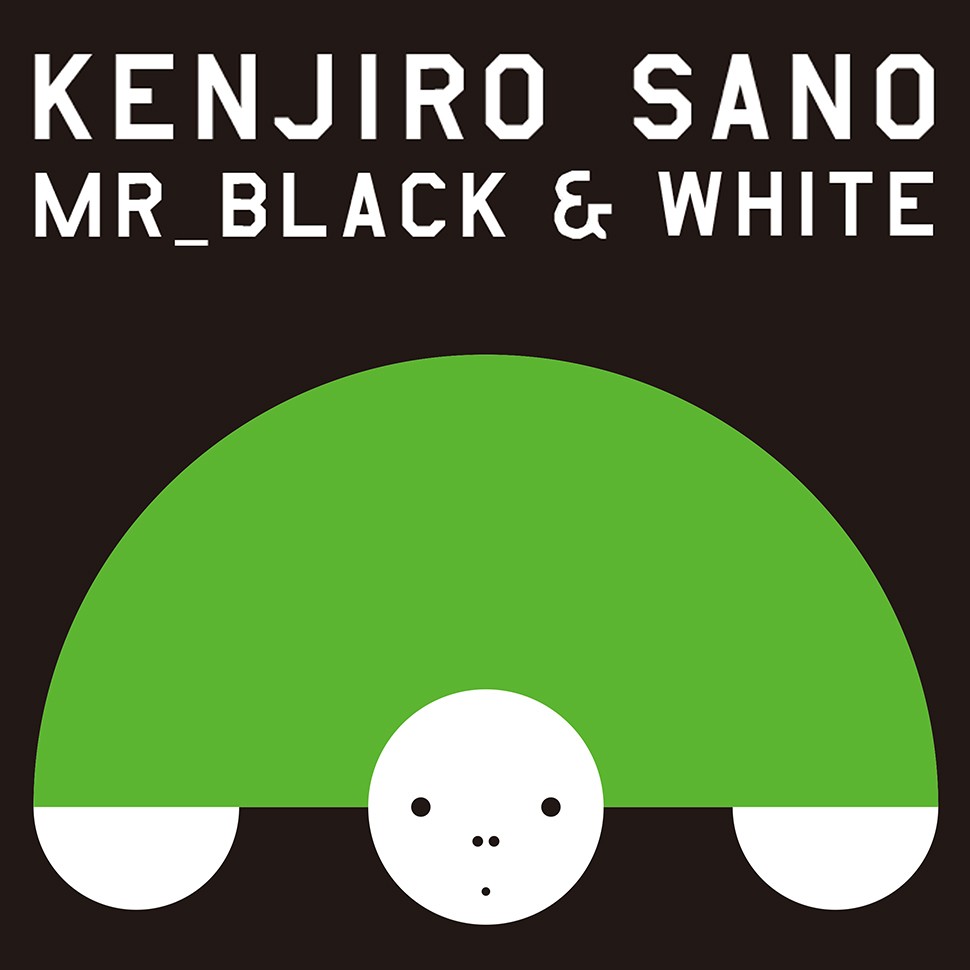 The 17th Yusaku Kamekura Design Award was bestowed on Kenjiro Sano for his “HOKUSAI_LINE” posters created for an exhibition at a design event.

Kenjiro Sano initially worked for Hakuhodo before establishing his own company, MR_DESIGN INC., in 2008. His areas of endeavor as a designer span a wide spectrum including: advertising, such as “ReBORN” and “TOYOTOWN” for Toyota, “Southern Alps Natural Mineral Water” and “Green Dakara-chan” for Suntory; character design, including “Nyanmage” for Edo Wonderland, “BooBo” for TBS and “LISMO!” for KDDI; art direction for a commercial film advertising media; product design; publication of picture books; etc. His charmingly approachable designs always attract much attention and fond reactions.

Mr. Sano won the 17th Yusaku Kamekura Design Award for his posters created to show at the “Hokusai Manga Inspired Exhibition” held in conjunction with Tokyo Designers Week 2014. In these posters he employs simple lines to trace the basic structural frameworks of Hokusai’s original drawings. Besides the clear and positive strength his works have always exuded, this collection of posters also have an element of delicate detail for which his “HOKUSAI_LINE” works have been highly acclaimed for the way they add a new perspective to Kenjiro Sano and his wondrous world of expression. 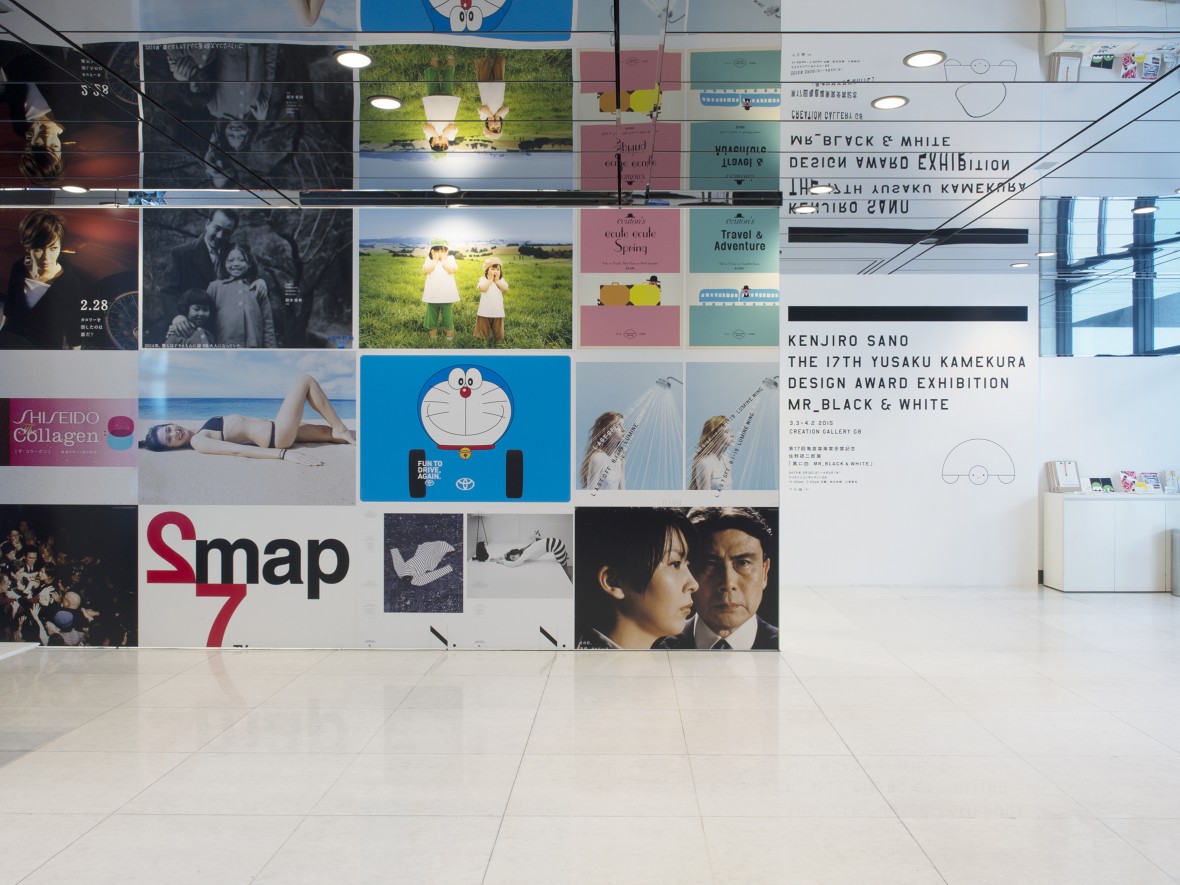 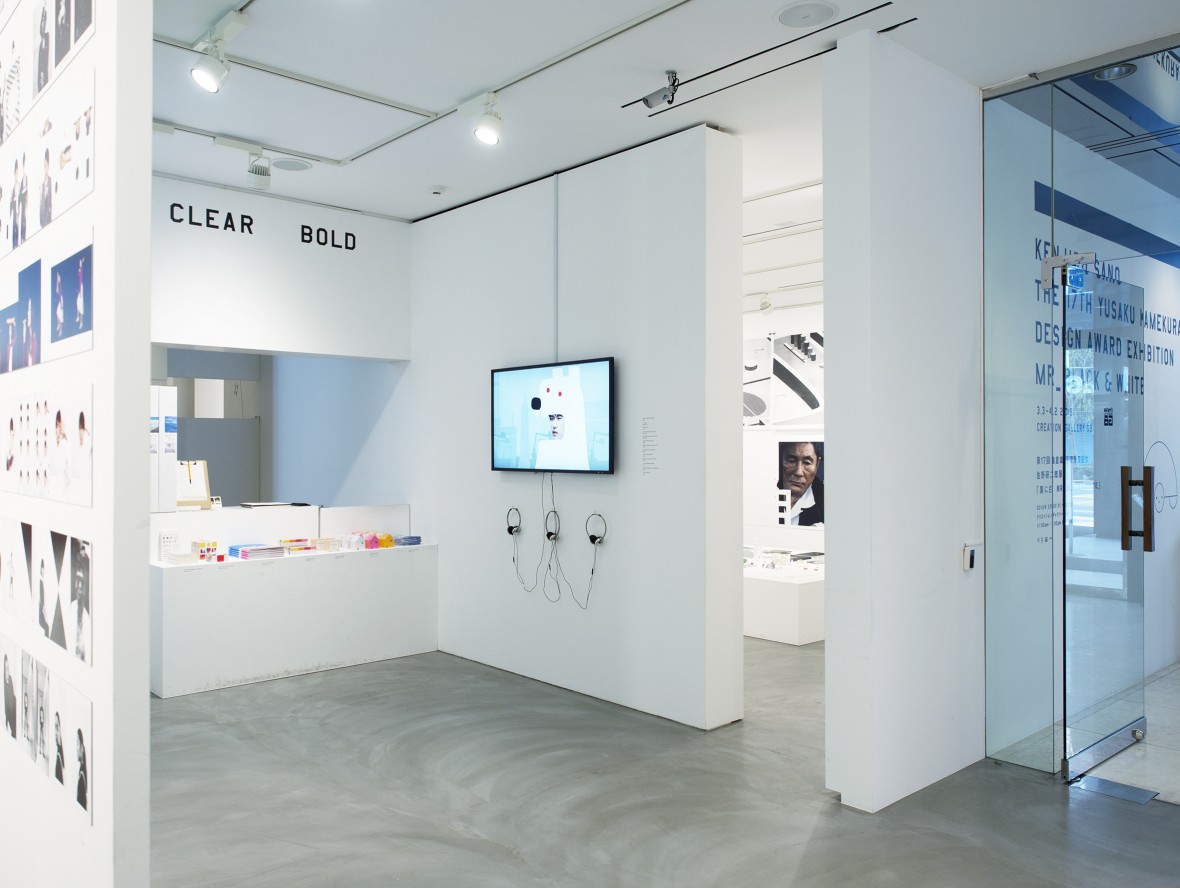 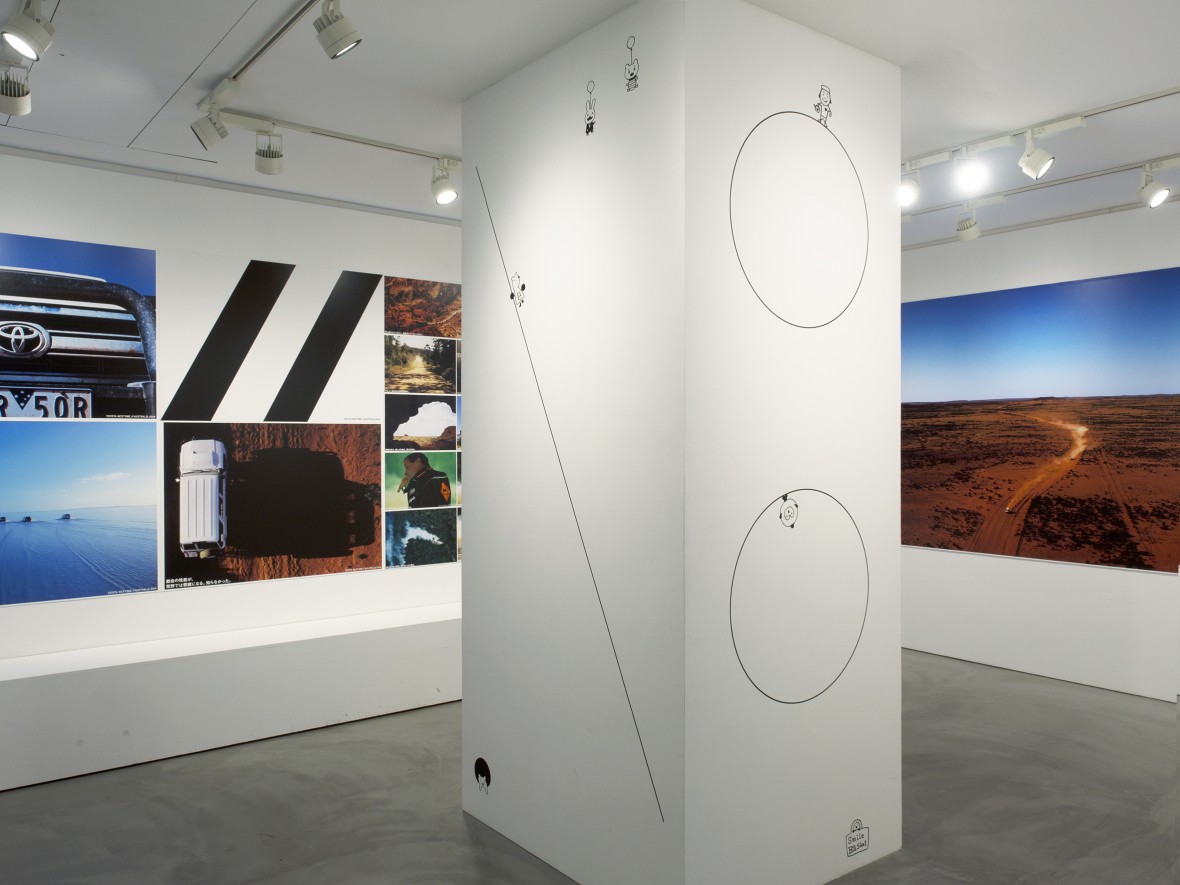 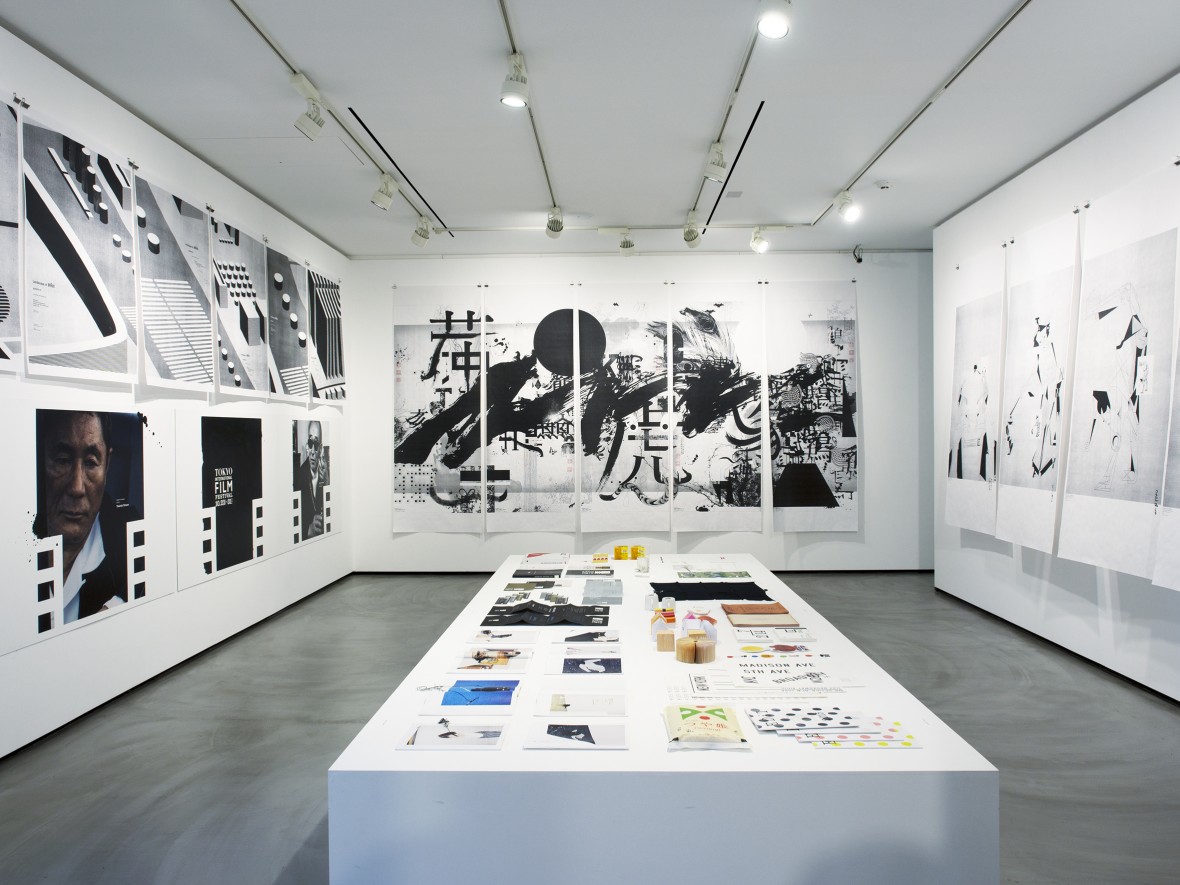 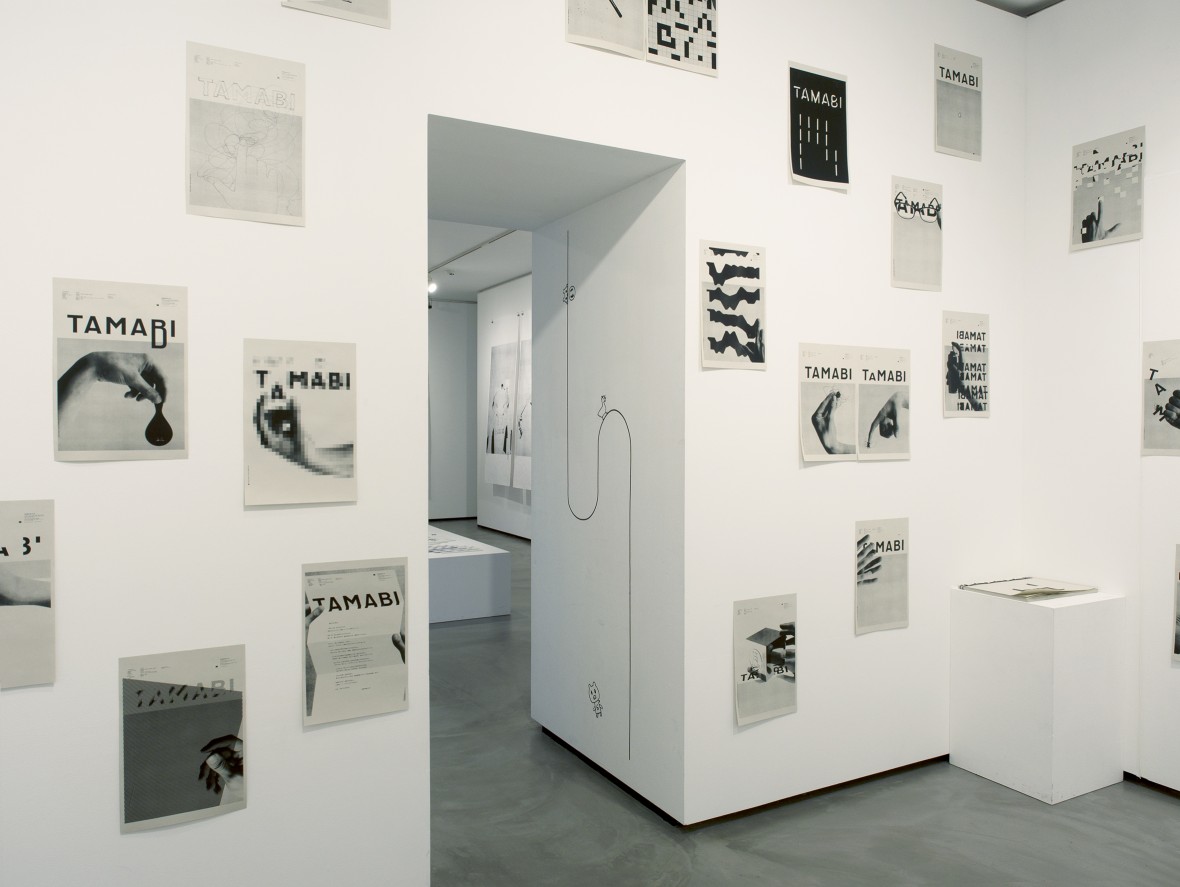 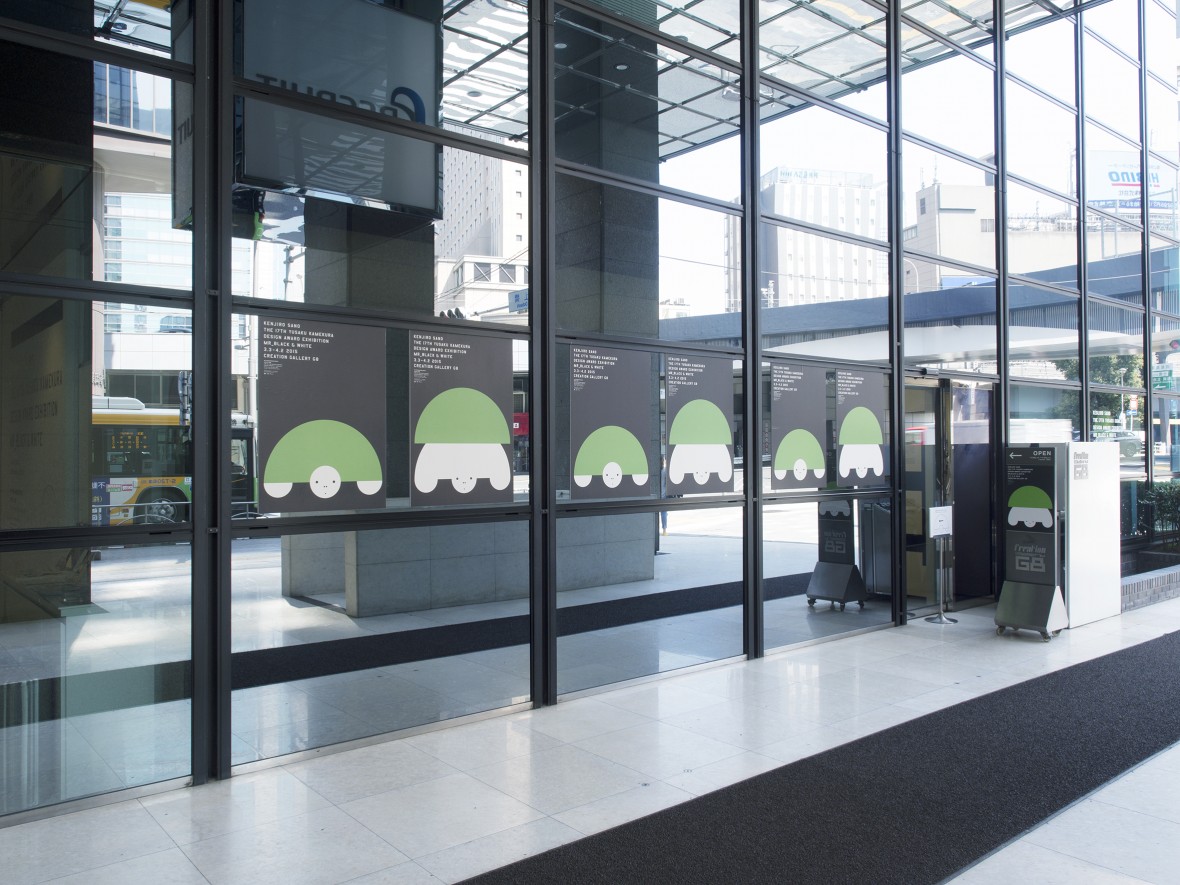 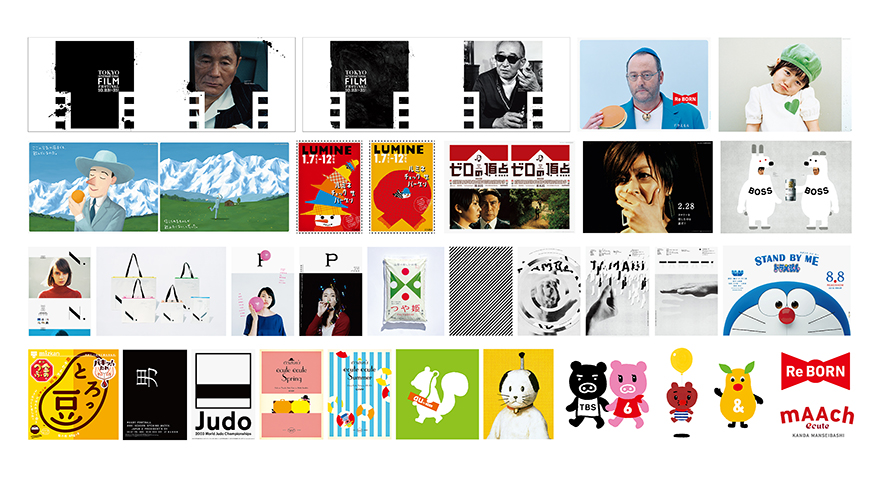 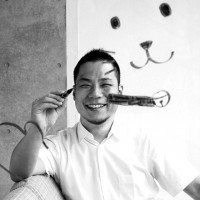 Message from the Award Winner

There are many things I want to say – but I prefer to say them through design.

My favorite work of Mr. Kamekura’s is the emblem he created for the 1964 Tokyo Olympics. It’s simple, strong and one-of-a-kind. Seeing it made me want to do work someday that’s simple and “big-boned” like that, work that would leave Japan – leave the entire world – speechless with awe. That’s the kind of design I want to create, I thought, even if only once in my lifetime: work that’s simple, clear and bold. And at some point in time that became my guiding principle of design. Since then I have asked myself, over and over again, the true meaning of design, and what it is that design is capable of.

Last year I was presented the occasion to read a bit about Yusaku Kamekura. When I came upon a portrait photo of him, he seemed to be looking at me with a mild hint of anger, as though he were telling me my designs still had a long way to go. It was from then that I set out again on my long journey in design. Not too long ago I looked at his photo again, and this time I had the feeling he was smiling at me ever so slightly. It was shortly after that that I received the phone call telling me, out of the blue, that I had won this award in his name.

The path of design still stretches out far in front of me. I’ll never give up and quit, though, because I’ve got a tortoise on my side*. And though a tortoise may walk slowly, it always gets to where it wants to go. 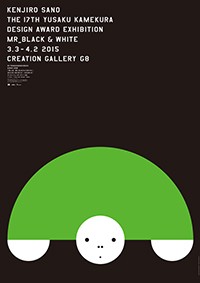 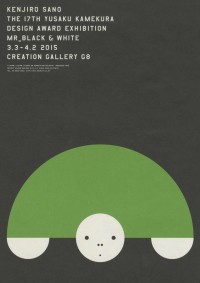 The Yusaku Kamekura Design Award was established to honor the design achievements of the late Yusaku Kamekura (1915-1997), as a way of contributing to the ongoing development of the graphic design field. Made possible through a gift from the Kamekura family, the award program is operated by the Japan Graphic Designers Association Inc. (JAGDA), where Mr. Kamekura long served in the role of its founding president. Under this program, the “Yusaku Kamekura Design Award” is presented to a Japanese graphic designer once annually and the “Yusaku Kamekura International Design Award” to an internationally active non-Japanese designer once every three years. The former award is bestowed upon the creator of the work or works deemed most outstanding among all entries for inclusion in the JAGDA yearbook, Graphic Design in Japan; the latter is awarded to what is judged to be the best work, especially in terms of universal global appeal, among entries for the International Poster Triennial in Toyama held at the Museum of Modern Art, Toyama.

Mr. Kamekura garnered wide acclaim for his design of the posters used to promote the 1964 Tokyo Olympics. Never satisfied to rest on those laurels, however, he subsequently continued to create graphic works always at the forefront of artistic invention, often vying against designers far his junior. He also devoted his energies to pursuing the quintessential artistry of graphic design as founder and editor of “CREATION” magazine; and it is this commitment to graphic design – both its universal appeal and innovative vigor – that the awards established in Mr. Kamekura’s name aim to carry on. Each award comes with a prize of JPY 500,000 and a plaque designed by Taku Satoh.