Moe Yamauchi won the Grand Prize in the 20th “1_WALL” Graphics Competition for “Approaching Graphics,” her oil paintings depicting faces she had made using 3D computer graphics. The judges praised Yamauchi for the rich creative potential they saw in her works.

Yamauchi’s faces, painted in oils on canvases or old plywood, remind one of artless computer graphics in their earliest period. In this exhibition, her works, with their faces casting inscrutable gazes, have been laid out in a unique pattern that suggests instability, creating a distinctive aura throughout the gallery. Both Yamauchi’s Grand Prize-winning works and new works will be on view.

On January 31 (Fri), 2020, i.e. while the exhibition is in progress, a Talk Event will be held with Moe Yamauchi in conversation with Kenjiro Hosaka, Curator at The National Museum of Modern Art, Tokyo. We eagerly invite visitors to come and see Ms. Yamauchi’s first solo exhibition since winning the Grand Prize last year. 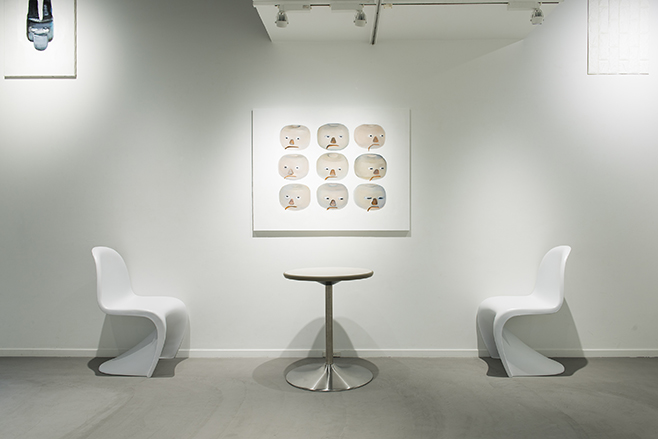 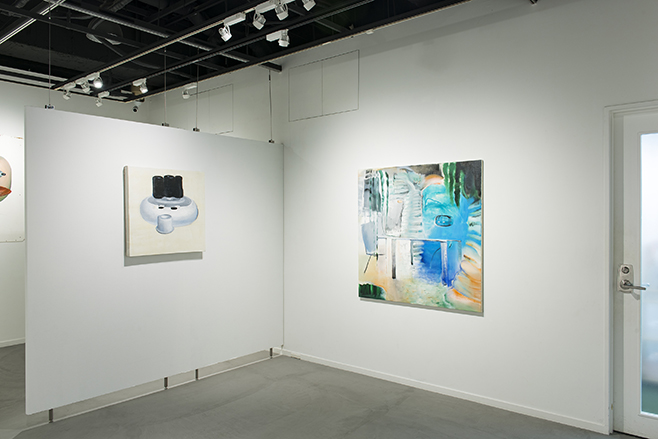 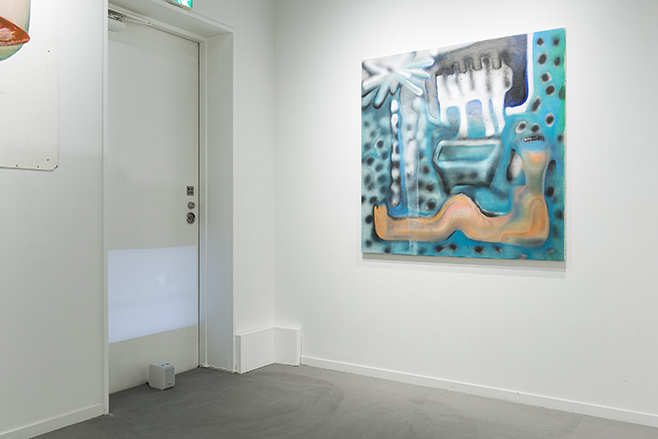 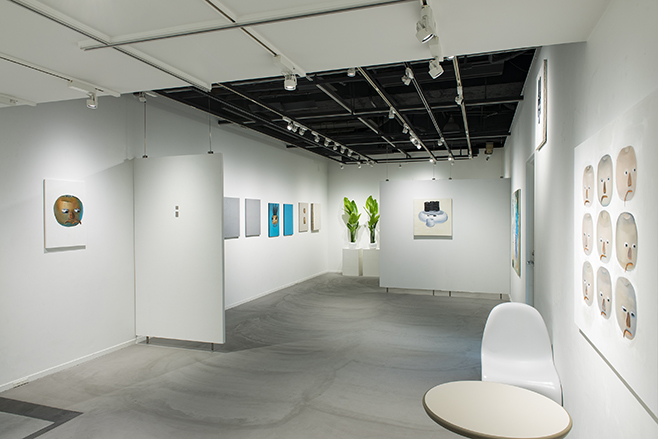 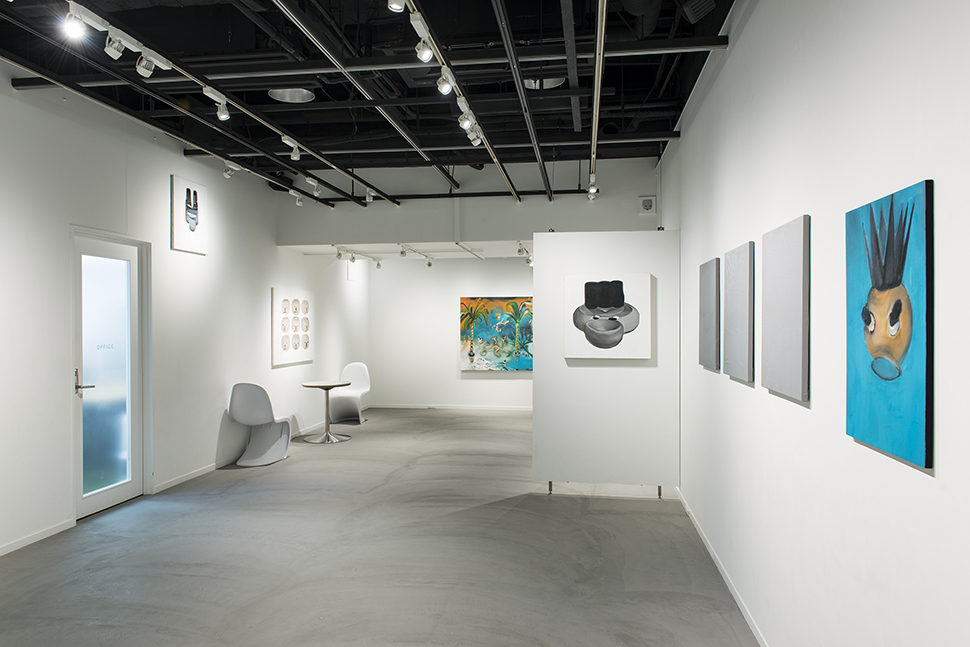 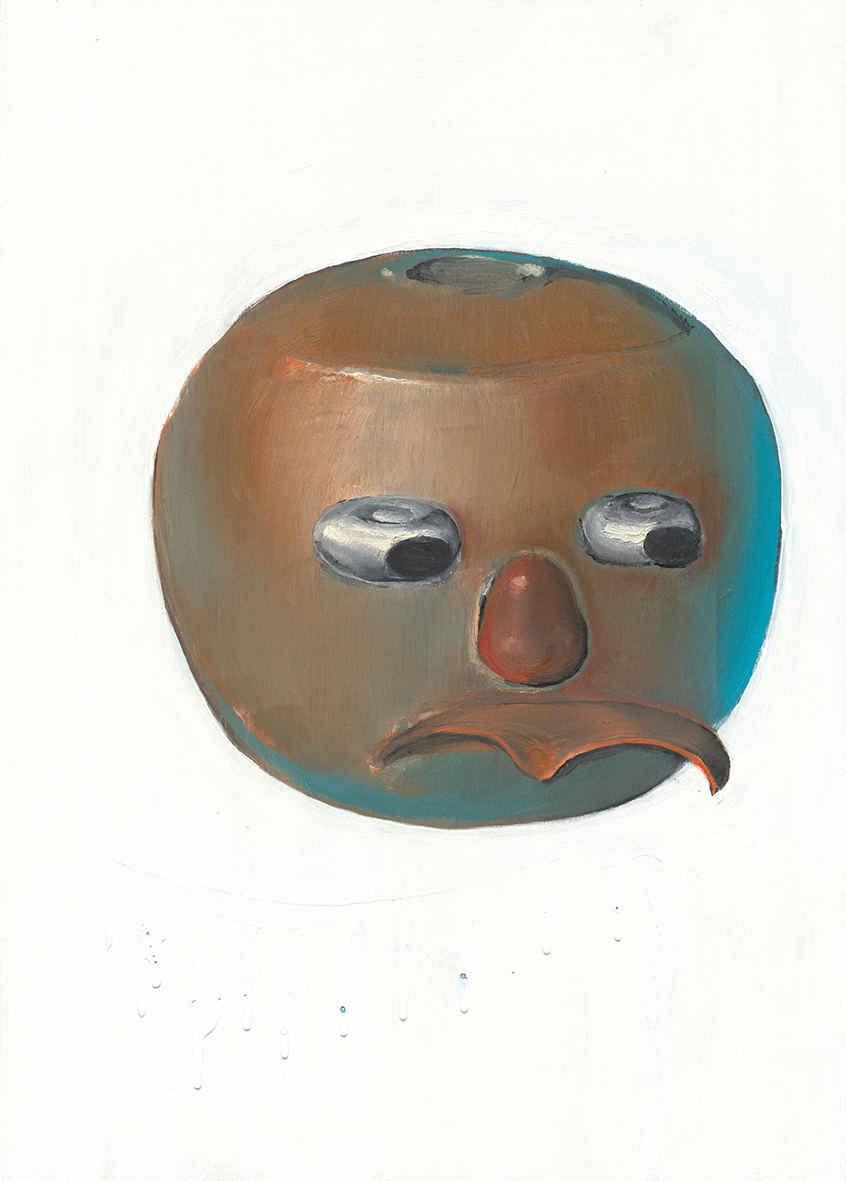 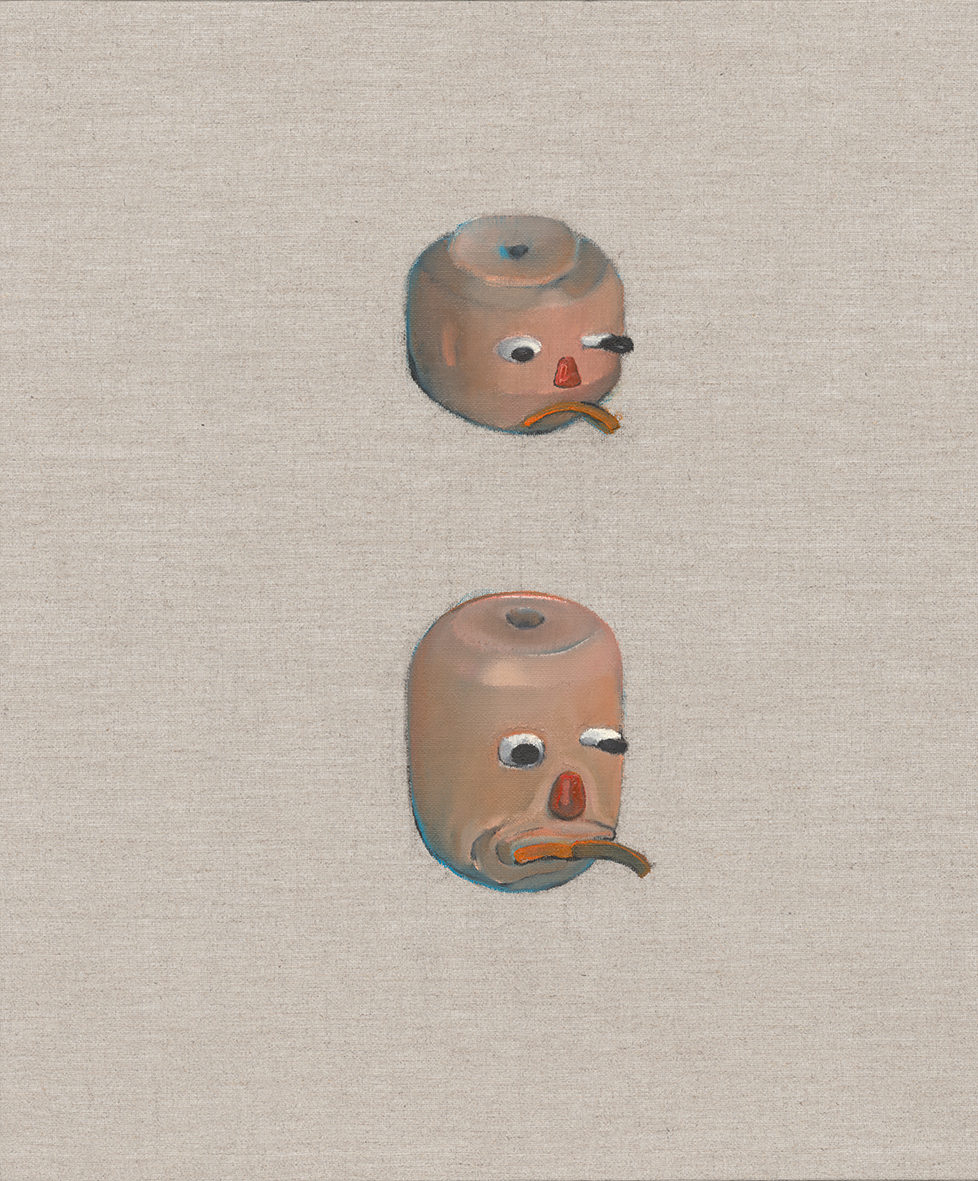 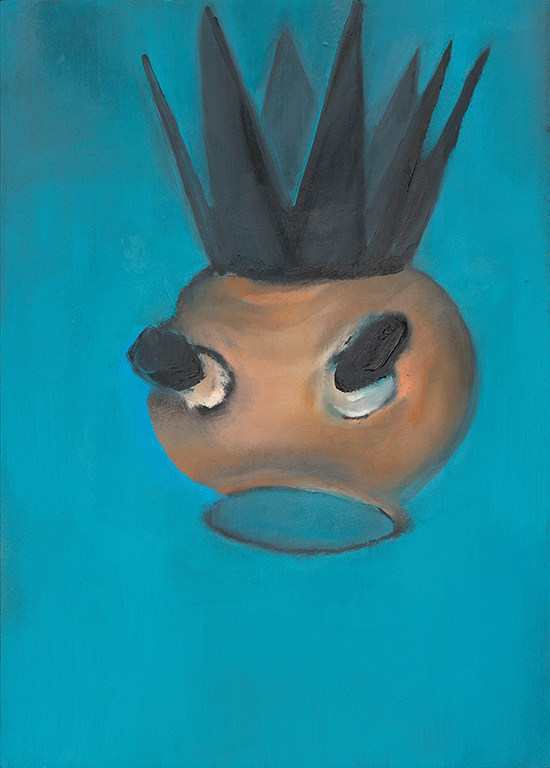 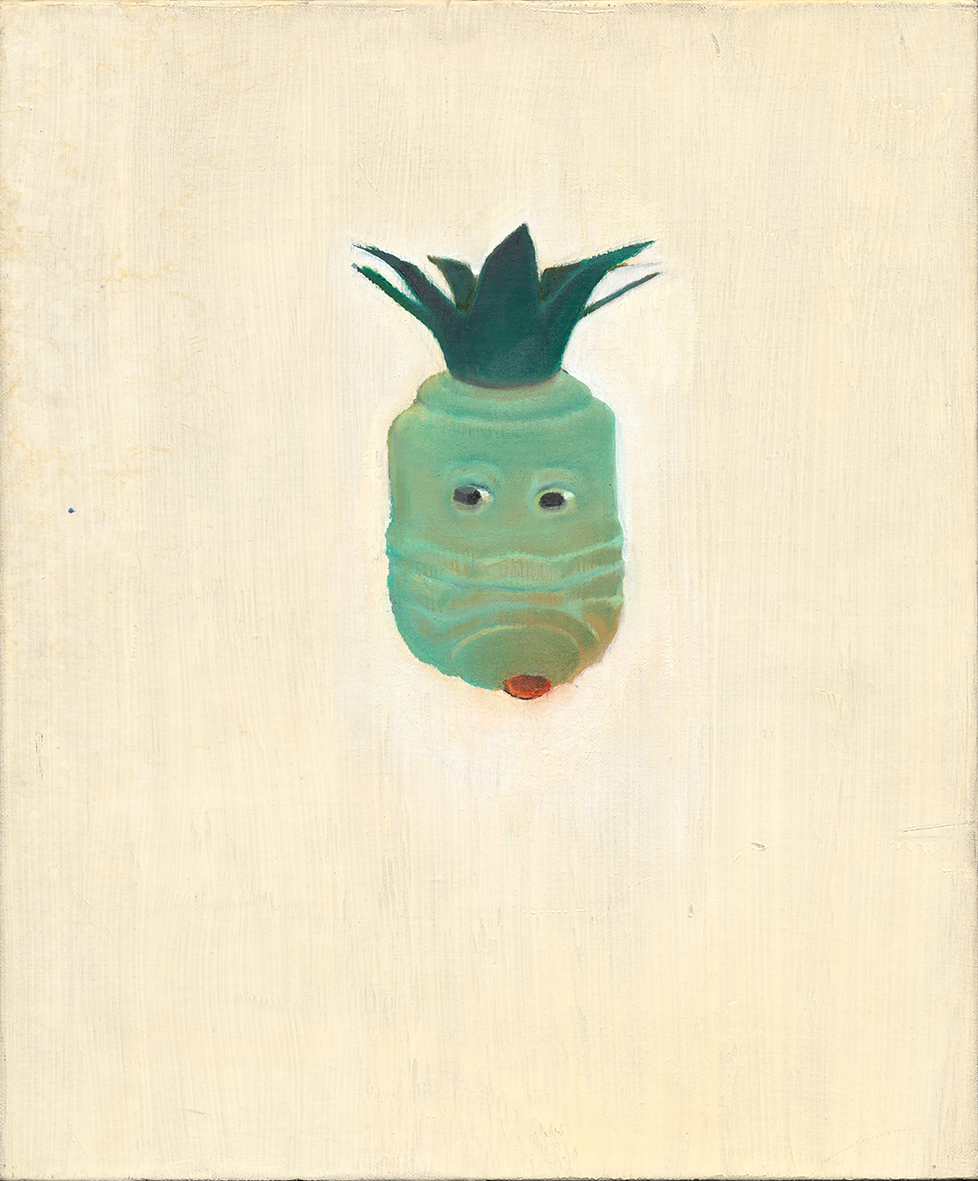 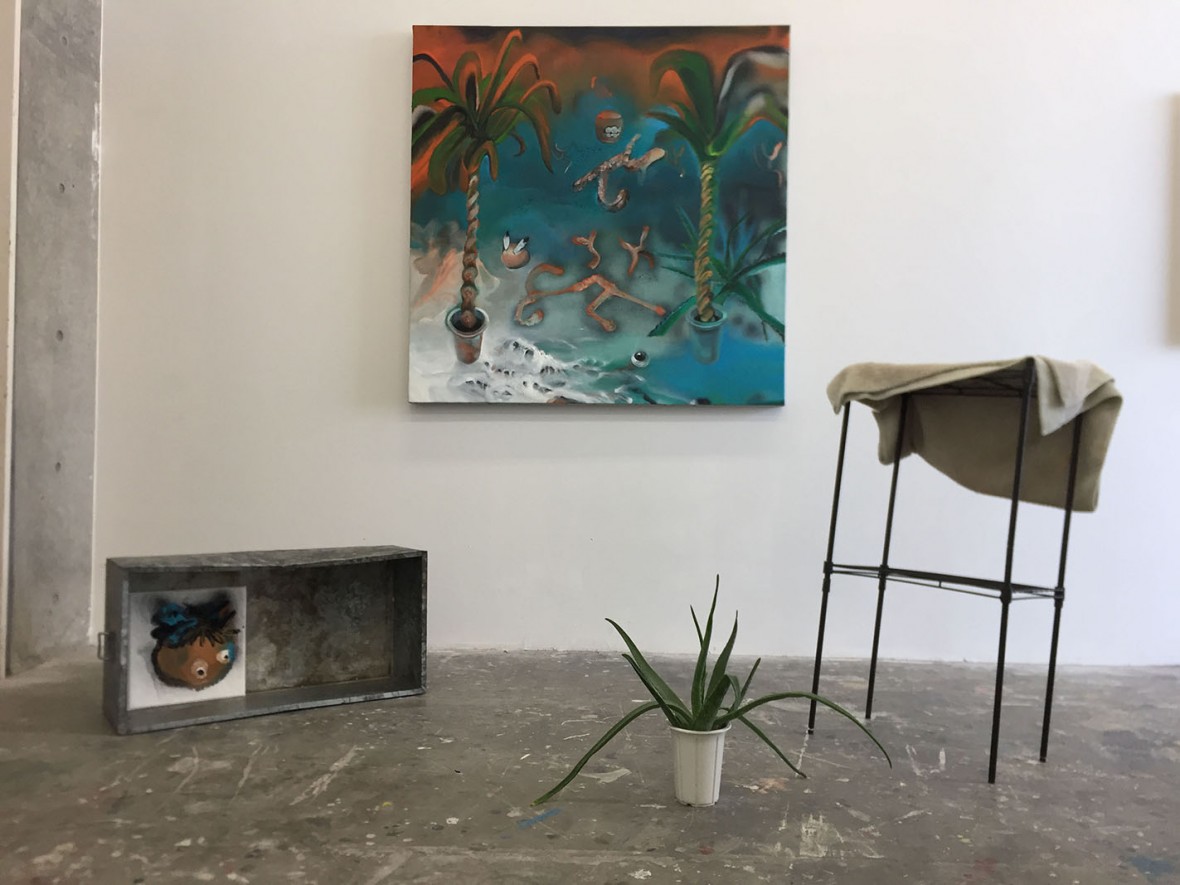 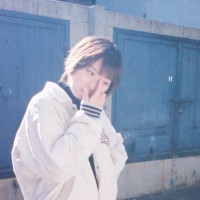 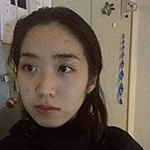 Moe Yamauchi
Born in 1998. Currently studying at Musashino Art University, with a concentration in Oil Painting. Winner of the Grand Prize in the 20th “1_WALL” Graphics Competition (2019).

If facial expressions were placed there,
How would you feel, and what expression would come on your face?
And so I arrange them, wanting to know the answer.
It’s OK, I think, to have that kind of approach to communication.
The expression on your face when these objects suddenly appear before you surely wouldn’t be something fabricated.
Even if you don’t understand contemporary art, even if you have no interest in “the arts,” inevitably there’s a genuine reaction transcending words lurking within you.
You can respond in any way you like: with a feeling of creepiness, or a wry grin, or unabashed anger.
The communication between you and my works has already begun.

Moe Yamauchi won the Grand Prize at the tender age of 20 for her endearing images of anthropomorphic kettles depicted, with clear intent, as if by coarse computer graphics, plus her catchy title theoretically reinforcing that endearing quality: “Approaching Graphics.” Her images depicted as though by coarse computer graphics apparently trace their roots to the promotional videos typical of the genre of music known as “vaporwave,” which Yamauchi became hooked on when she was in high school. Vaporwave is music that, in the context of the 2000s, borrows, alters and produces, with mixed feelings of adoration and criticism, the slightly mindless culture of the 1980s and 1990s, when personal computers came to the fore and the world became so much more consumption-oriented. In vaporwave’s promotional videos, into backgrounds dominated by abstraction – visible grid lines, for example – were placed objects such as palm trees and plaster figures. From the standpoint of the history of painting, they are truly incomplete landscapes. And yet, for the generation born after the emergence of such incomplete landscapes, the very act of calling such landscapes incomplete would likely strike them as unsettling. So they probably think it’s their role to revalidate the realm in which artificially created incompleteness is, on the contrary, perceived as being complete. Here is another way of putting it. Whereas previously it was possible to be surprised by the weirdness of something that was familiar, now, instead, one has to start out from the situation that weird things are familiar. And within such a situation, one has to consider what role painting should play and how graphics should be. What Yamauchi has done is to take such issues upon herself. Whether the results are successful is uncertain. After all, she’s still a university student studying painting. Still, I think there’s value in looking at what she produces. One reason I think that way is the ineffable sense of design demonstrated by her portfolio, which I was able to take in hand during the judging session. Another is the atmosphere palpable in Yamauchi’s music recorded at home, which we can hear at https://soundcloud.com/totemo-benki. 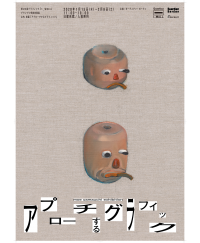